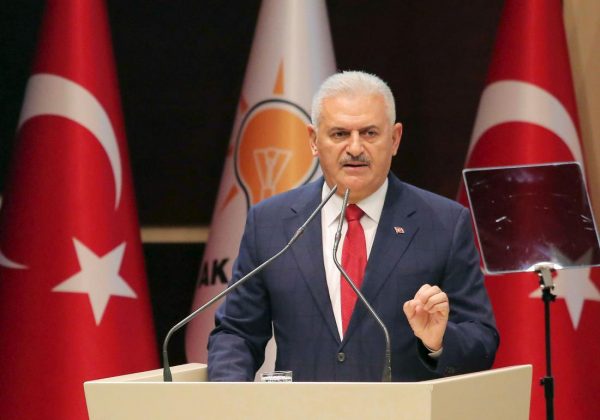 In an interview with the BBC’s HARDtalk program, the prime minister reacted to speculation that Ankara was prepared to soften its stance on Assad leaving to bring the civil war to an end.

“Surely things need to change in Syria but first of all Assad should change,” he said in an interview in Turkey. “Unless Assad changes, nothing changes in Turkey. Assad has the main responsibility for turning things this way.”

Pressed by interviewer Zeinab Badawi on whether Assad could stay in power in the interim, Yildirim replied: Well, on one hand you have Assad and on the other you have Daesh. So which one do you prefer? Assad or Daesh?

“If you’re asking me which one, we won’t prefer any. Both have to go because it’s trouble for the Syrians.”

When asked if one should be prioritized over the other, Yildirim said destroying Daesh would not solve the situation in Syria.

“As long as Assad is there, the problem won’t be solved,” he said. “We’ll have some other terrorist organization coming up because it’s the attitude of the Syrian regime which created Daesh.

“It’s their method of rule in Syria which created that. They’re deliberately sending their people to death.”

Yildirim, who came to office in May, said more than 500,000 Syrians had been killed in the conflict, which began in March 2011, and more than 9 million displaced, 3 million of whom are in Turkey.

“We welcome them as our guests,” he said.