Germany: Iran kept trying to get nuclear equipment after deal 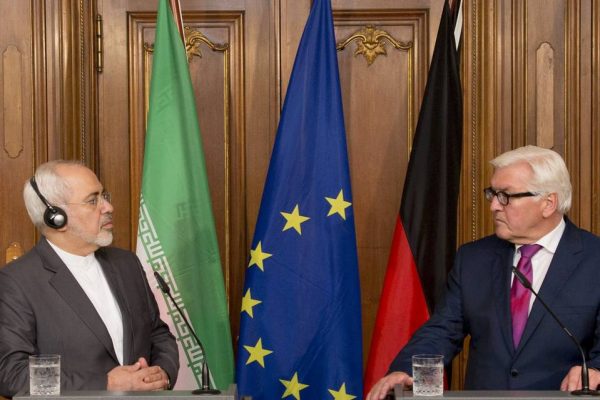 Iran continued trying to illegally procure nuclear equipment from Germany after forging last year’s landmark nuclear agreement with world powers, German intelligence officials said, even as the Foreign Ministry in Berlin and the White House played down the reports.

German authorities detected repeated efforts by Iran-tied companies and organizations to obtain such equipment in the months after July 2015, when Tehran and six world powers reached the deal in Vienna, officials said.

Under the pact, Iran agreed to scale back its nuclear capabilities in exchange for the lifting of most international sanctions.

Such efforts continued this year, but at a significantly lower level, the German officials said, elaborating on two recent German intelligence reports covering 2015.

However, U.S. and German officials on Friday rejected the suggestion that Iran might have breached the agreement since it went into effect on Jan. 16.

“We have no information to indicate Iran has procured any materials in violation of the” deal, a senior Obama administration official said. “We understand that Germany shares this view.”

The U.S. official also noted that the International Atomic Energy Agency “has reported that Iran continues to implement its nuclear-related commitments.”

The German Foreign Ministry hinted that some forces in Iran were trying to undermine the agreement spearheaded by President Hassan Rouhani, viewed as a relative moderate in Tehran’s theocratic system.

“There are different forces with power within the domestic political structure there for whom the policies of the government of the president and the foreign minister are a thorn in the side,” spokesman Martin Schäfer said. “They thus may be tempted to undermine and to torpedo in some way the Vienna agreement on the nuclear program and with that the resulting normalization of Iran’s relationship with us and the West overall.”

Mr. Schäfer said the efforts described in the intelligence reports for 2015 were “unpleasant,” but took place before the accord’s implementation.

Since then, “everything that we have observed…indicates that the Iranians are making the greatest efforts to satisfy the agreement,” Mr. Schäfer said. “That is also our demand to Iran.”

Iran’s mission at the United Nations in New York declined to comment.

Asked about the reports, two German intelligence officials said that illegal procurement efforts by Iran continued this year, but at a lower pace than in 2015. They didn’t say when specifically or give any other details.

On Monday, the annual report from the domestic intelligence agency in the state of North Rhine-Westphalia, Germany’s most populous, said it detected 141 procurement efforts in 2015 that were likely related to the proliferation of weapons of mass destruction. About two-thirds of them were “attributed to Iranian programs” and more than 90% were blocked before any export took place, the agency said.

In its annual report released June 28, the federal domestic intelligence agency said “Illegal Iranian procurement efforts in Germany remained at a quantitatively high level in 2015,” especially “for goods that can be used in the area of nuclear technology.”

The state agency said that so-called dual-use goods, which have both civilian and military uses, represented almost all of the illegal procurement efforts identified last year. Many of the efforts focused on vacuum and measurement technology, the report said, which could be used in the enrichment of uranium.

“The product range of the relevant goods reaches from basic materials such as chemicals or fibers to high technology and from the smallest of spare parts such as seals to industrial plants,” the state agency said.

Iran used front companies in the United Arab Emirates, Turkey and China, and to a lesser extent Turkmenistan and Iraq, to try to obtain the goods, it said.

Along with the White House, Berlin was among the strongest advocates for the nuclear agreement.

U.S. officials have said the Obama administration is seeking to encourage Western business in Iran to make it difficult for future presidents to roll back the accord.

The White House is currently battling Congress over a planned sale by Boeing Co. of nearly $18 billion in commercial aircraft to Iran.

The Washington-based think tank, the Institute for Science and International Security, released two reports this week that charged Iran with trying to use China and other third countries to purchase nuclear-related equipment.

The think tank said Iran had specifically been seeking to purchase large amounts of carbon fiber, which could be used in making advanced centrifuge machines for the production of nuclear fuel “if it chose to leave or disregard the [nuclear deal] during the next few years.”