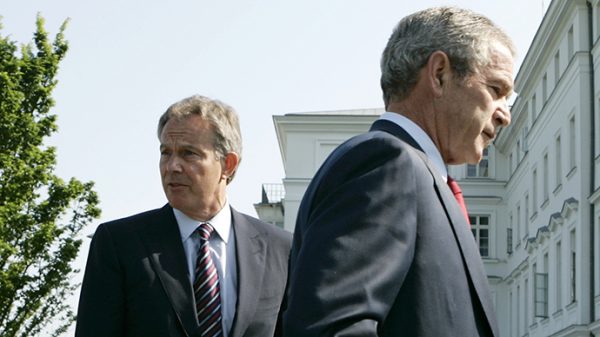 For reasons perhaps better known to him than to anyone else, he chose to align himself with the neoconservative-led administration of the US president of the time, George W. Bush. At the time I and many of my colleagues in the anti-war movement warned Blair and the UK government against the likely serious repercussions of going to war.

Rather than heeding our advice, we were ridiculed and many of us were excluded from any official government communications or consultations on issues about which we had previously been consulted. The Blair administration treated us with contempt and at times even as if we were enemies of the state.

Today, we have been absolutely vindicated by the Chilcot report. Not only is Iraq today in a total mess but the whole Middle East is drowning in a sea of blood. Over the years since 2003, the terrorist threat has grown exponentially. Al-Qaeda splintered giving rise to a much more lethal faction, the self-proclaimed Islamic State (IS), that is today causing mayhem and committing murder around the world. The sense of hopelessness and profound bitterness have enabled al-Qaeda and then IS to recruit young men not only from within the region but from around the world.

Now we know for sure that, according to The Guardian, “the invasion of Iraq increased the terrorist threat to the UK and helped spawn the terror group Islamic State”. The paper confirms that these findings “are supported by intelligence documents released as part of the Chilcot report.”

I remember very well warning against this long before it happened as did many of my colleagues in the anti-war movement. You did not need to be a genius to expect this to happen, it was sheer common sense. I made the warning in various TV and radio interviews as well as in my brief speech before the millions who gathered in Hyde Park to protest against the planned attack Iraq and to press for an end the war.

The following morning one of the right-wing newspapers in London ridiculed me and laughed off my warning that terrorism would only spread and become a much bigger menace.

Two years after going to war, exactly 11 years ago on 7 July 2005, London suffered a major terrorist attack that was claimed by al-Qaeda as an act of revenge against the UK involvement in the war. Today, with hindsight, al-Qaeda may seem rather mild compared with its successor that was born out of the ashes of Iraq’s burning, IS.

Tony Blair and George Bush, as well as the people who aided them, should not be allowed to get away with what they have done to our world. These people are the real creators of the circumstances that gave rise to IS. The victims of the invasion of Iraq, including the families of those who perished fighting on all sides, are entitled to justice, and that cannot be served by a mere apology or by some crocodile tears.

This article was first published on 7th July 2016, by middleeasteye.net.