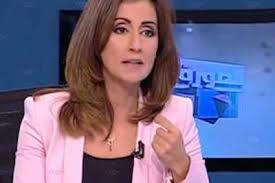 A prominent dual British-Lebanese journalist who hosted a talk show critical of the government of Egyptian President Abdel-Fattah el-Sissi arrived in Beirut on Tuesday after authorities in Cairo briefly detained her and then deported her, her lawyer said.

Lilian Daoud, a former BBC reporter, could not immediately be reached for comment. Her lawyer, Zyad el-Elaimy, wrote on his Twitter account that her first comment after landing in Beirut was that she will challenge the decision to deport her.

There was no formal explanation for Daoud’s deportation from Egypt. An Egyptian security official, speaking Monday on condition of anonymity because he was not authorized to speak to reporters, said Daoud’s residency permit expired after her contract with the private ONTV station in Egypt was terminated.

“It’s the first time someone is deported in this fashion in Egypt,” el-Elaimy told The Associated Press, speaking by telephone from Cairo. He said even criminals are asked to leave, not taken from their homes.

In a series of tweets which were her first public comment on the deportation,  Daoud recounted the details of how eight men, who showed no official documentation, came to her house half an hour after her contract with the private TV station was terminated.

The men demanded to see and seized her British passport and telephone, she said, treating her in a “boorish” manner in front of her 11-year old daughter, and her ex-husband, and declining to allow her to call a lawyer or her embassy.

After demanding her rights, the situation became tense, she said. One of the men threatened her to take her against her will, leaving her daughter in tears and her ex-husband tense.

“When I realized the situation is heading toward violence, I agreed to go down with them to a yet undisclosed location,” she recounted.

At the airport, Daoud’s requests to speak to her embassy or lawyer were again ignored, although apologies for the tension at home were offered, she said. She was also told that her deportation is based on “orders from sovereign authorities,” a vague reference to the country’s highest offices.

“I waited at the airport for what seemed like a life time,” she said, adding that the officials took her visa card and pin number to pay for her deportation ticket. Her passport and phone were only returned once she was on the plane.

“I commit to fighting all legal and diplomatic avenues available to me to be able to return to Cairo as soon as possible, to be reunited with my daughter and be able to continue the life I have built for her there, close to her family and friends,” she wrote, adding that she is proud of her work in Egypt.

El-Elaimy said her deportation is a new high in the government’s crackdown on dissenting voices. He said authorities “are not prepared to hear any diverse voices or to hear anyone who is supportive” of the 2011 uprising that ousted autocrat Hosni Mubarak and ushered in a period of political instability in Egypt. Since the military overthrow of President Mohammed Morsi in 2013, the government of President Abdel-Fattah el-Sissi has shown little tolerance for criticism, banning protests and taking programs off the air.

The decision to abruptly deport Douad shocked her colleagues and other public figures.

Mohammed ElBaradei, a Nobel Peace Prize laureate and one of the Egyptian uprising’s spiritual fathers who now lives in self-imposed exile, applauded Daoud for her professional reporting. “One day we may have enough self-confidence to understand the value of having different opinions,” he said in a subtle jab at authorities.

Daoud formerly worked for the British Broadcasting Corporation, and lived in London before moving to Egypt with her daughter following the outbreak of the 2011 protests.

Her talk show aired critical views of el-Sissi’s government. In her program, “The Full Picture” on ONTV, she hosted protesters, youth leaders as well as government officials. During the brief rule of Morsi’s Muslim Brotherhood, she also hosted critics of the Islamist group.

El-Elaimy said she had applied to renew her residency nearly a year ago but that authorities did not respond, leaving her in limbo. He said Daoud has a right to return to Cairo because she has custody of her daughter.

Satirical TV host Bassem Youssef — once described as the Jon Stewart of Egypt and whose program was taken off the air for his criticism of the government- said her arrest is “just the beginning.”

“Egypt … can’t tolerate the rest of the world,” Youssef, who has also left Egypt, wrote on his Facebook.