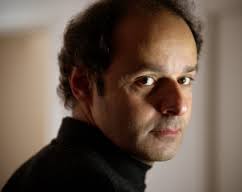 The composer and visual artist Zad Moultaka has been appointed to represent Lebanon at the 57th Venice Biennale, opening in May 2017, by the Lebanese Ministry of Culture.

Moultaka began his studies at the Beirut Music Conservatory at a very early age. In his early 20s he enrolled in the Paris Conservatoire, and a few years later began an impressive career as a piano soloist. He ended his career as a pianist shortly after, however, to focus on painting and composition.

For Moultaka’s work included in the 2017 Venice Biennale, the public can expect an interactive environment. His new piece, titled Sacrum, will be reminiscent of the prehistoric caves of Lebanon and France. Yet, as the curator of the pavilion Emmanuel Daydé pointed out, the work will not have historical relevance, but a ‘”post-historical” one.

Moultaka’s practice is heavily based on the integration of visual and audible language, as well as that of Western and Arabic ideological patterns. In his work, technology draws its roots to ancient times to comment on larger contemporary issues.

Sacrum will be installed in Chiesa Santa Maria della Misericordia, a prestigious site in the history of Venice. The installation, following Moulaka’s background in music and expertise in composition, will include sounds as well as physical structures.

In the press release for the exhibition, Moultaka himself comments on the work’s connection to the Middle East. According to Moultaka, the chaos and destruction plaguing the Middle East is due to man’s fall from nature.

Many of Moultaka’s musical compositions have been performed at major music festivals, including Baalbek, Amsterdam, and Montreal.

His first solo exhibition was atBeirut’s Galerie Janine Rubeiz in 2012. Since then, he has exhibited at the 2015 Venice Biennale and has two important shows scheduled in Paris, one for the Nuit Blanche at the Palais de Tokyo in 2016, and another at the Arab World Institute in 2017.