50 wounded in a mass shooting in a Cinema near Frankfurt, Germany 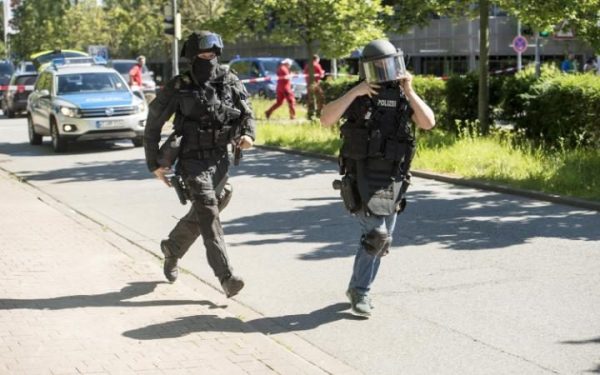 A mass shooting at a cinema in Viernheim, Germany, has left as many as 50  people injured, German public TV reported Thursday.

There are conflicting reports as to the number of people injured in the attack.

Earlier reports indicated 25 people injured but , Darmstaedter Echo reported that as many as 50 may have been injured.

Viernheim is in western Germany, near Frankfurt.

“We don’t know who the shooter is or what kind of weapons he has, but the possibility this could be a terror attack is crossing the minds of people here in Germany,” CNN’s Atika Shubert reported from Berlin.

It’s not clear how many of the injured were shot, and how many may have been hurt in other ways.

The cinema is part of a major shopping center, home to more than 100 businesses. The complex hosts 20,000 visitors daily, according to its website.

Mass shootings are rare in Germany. But in 2002, a gunman opened fire at a high school in Erfurt, killing 16 people — 13 staff members, two students and a police officer. In 2009, a gunman dressed in military gear killed 15 people in a spree that started at a school and spanned two small towns near Stuttgart.

Germany’s interior minister has been quoted by local media as saying that the gunman was shot and killed during the commando operation.

Number of injured ‘could be as high as 50’

There are conflicting reports as to the number of people injured in the attack.

Injuries ‘were caused by tear gas’

Many conflicting reports about the cause of then injuries.  Bild newspaper reports that the injuries were caused by police tear gas, whereas no one has been injured by the gunman,