The “war is over” for UAE troops in Yemen, says Abu Dhabi Crown Prince 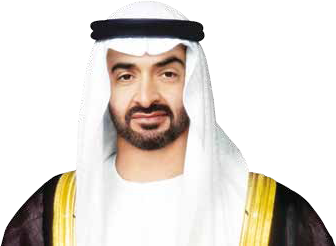 The United Arab Emirates said Wednesday that the “war is over” for its troops in Yemen, though it may continue to keep them there for counterterrorism operations.

Abu Dhabi Crown Prince Sheikh Mohammed bin Zayed Al Nahyan carried the announcement on his official Twitter account late Wednesday. He was quoting the UAE’s Minister of State for Foreign Affairs, Anwar Gargash, who had given a speech saying the “war is over for our troops.”

An Arabic version of his comments was worded slightly differently than the English one, saying the war is “practically” over.

The statement left open the likelihood that Emirati troops would remain in Yemen, where they operate in the southern province of Hadramawt and the port city of Aden. The Saudi coalition’s spokesman did not immediately respond to requests for comment.

Gargash was also quoted as saying the UAE was “monitoring political arrangements” and “empowering Yemenis in liberated areas.”

The UAE has been among the most active members of a Saudi-led coalition that intervened more than a year ago to help forces loyal to Yemen’s internationally recognized government roll back gains by Shiite Houthi rebels, who still control the capital, Sanaa, and much of northern Yemen.

Yemeni security officials told The Associated Press that Emirati troops were still guarding the airport and presidential palace in Aden on Wednesday, where the government of exiled President Abed Rabbo Mansour Hadi has been operating from. Hadi’s government was driven out of Sanaa in late 2014. Emirati troops also have a camp in Aden.

Continued fighting on several fronts killed at least 48 people over the past day, according to Yemeni security officials. Another 65 people were wounded in combat between rebels and government forces around the besieged city of Taiz as well as in Shabwa, Jawf and Marib provinces. All officials spoke on condition of anonymity because they were not authorized to speak to journalists.

In addition to fighting the Houthis and their allies in Yemen, the UAE helped the Saudi-led coalition drive al-Qaida from the southern coastal city of Mukalla in April.

The UAE, which has one of the best-equipped militaries in the region, suffered numerous losses over the past year of fighting in Yemen, including four pilots killed in two separate helicopter crashes this week. Government media reports say more than 80 Emirati soldiers have been killed since operations there began on March 26, 2015.

In September, 45 Emirati troops were killed by a rebel missile attack, marking the deadliest day for its military in its 44-year history. The government has never made clear the numbers of Emirati troops serving in Yemen.

The United Nations said in January that at least 2,800 civilians have been killed and more than 5,300 have been wounded since the Saudi-led operation began. The coalition has been slammed by rights groups and aid organizations for the deaths of hundreds of Yemeni civilians in airstrikes.

In his remarks, Gargash defended the UAE’s decision to go to war in Yemen, saying that all political means had been exhausted in the crisis and that Iranian “interference” and support for the Houthis required decisive action. The coalition accuses Iran of arming and supporting the Houthis, while Iran says it has only given the group political support.

Gargash was speaking to a private audience of guests invited by the crown prince to his royal gathering space, or “majlis,” as it’s referred to in the Gulf, as part of a nightly series of lectures given during the Islamic holy month of Ramadan.