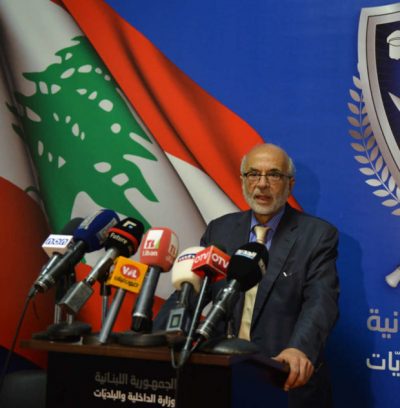 Syria’s economy and foreign trade minister Humam al-Jazaeri has lamented about the “surprising” and “regrettable” Lebanese decision to ban the importation of the country’s produce but Beirut claims that the move is in the interest of local Lebanese farms.

The sudden implementation of the decision led to trucks loaded with fruits and vegetables being prevented from entering Lebanon.

Jazaeri lamented that they were not informed ahead of time. He stated that Lebanese trade activities will also be affected.

The President of the Farmer’s Association in Lebanon noted that the decision would produce a positive outcome in the early stages of its implementation. However, he warned it could take a negative turn on the economy in the long term if Damascus applies the principle of reciprocity by closing the crossing between Syria and Iraq often used by Lebanese farmers to sell their products.

Minister Jazaeri stated that new mechanisms will be studied to control the trade balance with Lebanon and the friendly countries in order to maintain a positive growth rate of Syrian exports.

Lebanese agricultural minister Akram Chehayeb made the decision claiming that it will protect “production and farmers” but there are concerns over its implementation because the borders are not effectively controlled by the government. This raises fears that smuggling will increase.

Shehayyeb had said any Syrian decision that harms the Lebanese interest would be treated similarly. The agriculture minister threatened Syria to stop facilitating the export of its products through Rafik Hariri International Airport.

The situation could further worsen the political stalemate in Lebanon because of the strong support the Syrian government gets from Hezbollah, a major Lebanese political party and a close ally to Damascus.

Lebanon exported to Syria around 35,000 tons of citrus fruits and bananas, whereas it imported around 95,000 tons of vegetables and fruits according to the president of the Farmer’s Association in Lebanon.