Hundreds of thousands in Middle East disfigured by flesh-eating bug 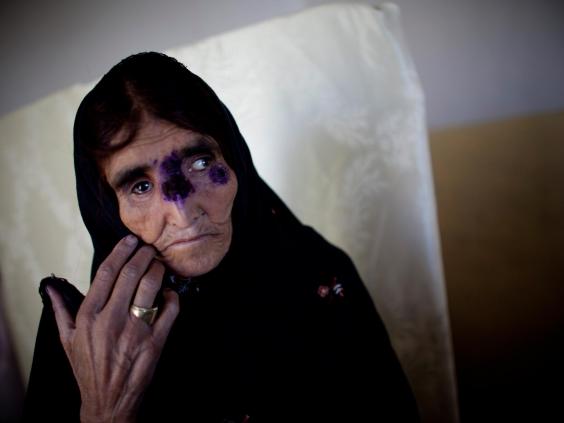 A disfiguring tropical disease is sweeping across the Middle East as a combination of heavy conflict and a breakdown of health care facilities in Isis-occupied areas leaves swathes of people vulnerable to the illness.

Cutaneous leishmaniasis is caused by a parasite in the blood stream transmitted through sand fly bites. The disease can result in horrible open sores as well as disfiguring skin lesions, nodules or papules.

Leishmaniasis has been endemic in Syria for centuries and was once commonly known as the “Aleppo evil”. However, as Syria’s civil war continues the resulting refugee crisis has triggered a catastrophic outbreak of the disease.

Research published on Thursday in the scientific journal PLOS has found the disease is now affecting hundreds of thousands of people living in refugee camps or trapped in conflict zones. A similar situation may also be unfolding in eastern Libya and Yemen.

“We’re seeing lots of diseases, including leishmaniasis in these conflict zones and we need to ring-fence them or risk another situation like Ebola out of the conflict zones in West Africa in 2014,” Peter Hotez, dean of the US National School of Tropical Medicine, US Science Envoy to the Middle East, and lead author of the PLOS research told the Digital Journal.

Syria’s healthcare system has been devastated by years of conflict.In 2015 it was reported that more than half of the public hospitals in the country – previously a regional leader in healthcare – were closed or only partially functioning, leaving some patients forced to travel up to 100 miles to the nearest hospital.

In Syria, the number of leishmaniasis cases reported to the Ministry of Health doubled from 23,000 before the start of the civil war in 2011 to 41,000 in 2013, according to the PLOS research.

Neighbouring countries, which have received millions of refugees are also reporting many leishmaniasis cases. In Lebanon, cases rose to 1,033 in 2013 from six in the previous 12 years. Hundreds of cases have also been reported in Turkey and Jordan.