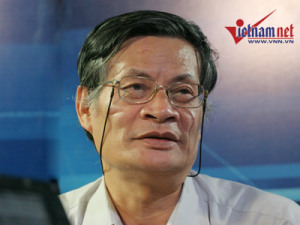 U.S. President Barack Obama chided Vietnam on political freedoms on Tuesday after critics of the communist-run government were prevented from meeting him in Hanoi, a discordant note on a trip otherwise steeped in words of amity between the former foes.

Tens of thousands turned out to welcome Obama on the second leg of his visit, to Ho Chi Minh City, which was called Saigon until North Vietnamese tanks rolled into the city in April 1975 to bring U.S.-backed South Vietnam under communist rule.

Many in the crowd that lined the streets chanted “Obama, Obama” as his motorcade arrived to visit the century-old Jade Emperor Pagoda. Some held handwritten signs reading, “Obama, we love you”, and one woman held a boy dressed in a Captain America costume, complete with shield.

Underlining the importance of the growing economic ties between the two former foes, Obama held an open forum with young entrepreneurs and laid out the benefits of the Trans-Pacific Partnership (TPP) trade pact between 12 Pacific Rim countries.

But the high point of his visit was on Monday, with his announcement that Washington is scrapping its embargo on the sale of lethal arms to Vietnam. That clears the biggest hurdle remaining between two countries drawn together by concern over China’s military build-up.

Critics said that by removing the ban, a vestige of the Vietnam War, Washington had put concerns about Beijing’s assertiveness in the South China Sea first and given up a critical lever to press Hanoi for improvements in human rights.

One prominent intellectual, Nguyen Quang A, told Reuters that about 10 policemen had come to his house at 6:30 a.m. and put him in a car that was driven out of the capital until Obama was about to leave.

An outspoken lawyer, Ha Huy Son, said he was also stopped from joining a meeting Obama held with six other civil society leaders. Human Rights Watch said a journalist who was also invited had been arrested on Monday.

“The Vietnam government has demonstrated today that it doesn’t deserve the closer ties the U.S. is offering,” said John Sifton, the group’s Asia advocacy director.

Obama commented later that several activists had been blocked from attending and said this was an indication that, despite some “modest” legal reforms “there are still folks who find it very difficult to assemble and organise peacefully around issues that they care deeply about”.

“There are still areas of significant concern in terms of freedom of speech, freedom of assembly, accountability with respect to government,” he said.

Quang A, a former IT entrepreneur, was one of more than 100 Vietnamese who tried to run as independents for last weekend’s election to the parliament, which is tightly controlled by the Communist Party. Almost all failed to get on the ballot.

Before he was taken away, Quang A posted on Facebook a photograph of himself dressing for the meeting with Obama, with the message: “Before going. May be intercepted, arrested. Advising so people know.”

Vietnam’s foreign ministry did not immediately respond to a request for comment.

In a speech before leaving Hanoi, Obama dwelt on the importance of freedom of navigation in the South China Sea, where China has been turning remote outcrops into islands with runways and harbours.

“Big nations should not bully small ones. Disputes should be resolved peacefully,” he said, without naming China, which claims sovereignty over 80 percent of the South China Sea.

China’s Global Times, run by the Communist Party’s official People’s Daily, sneered at the U.S. decision to lift the arms embargo on Vietnam and said it showed a willingness to relax standards on human rights for the sake of containing China.

The White House “is taking advantage of Vietnam to stir up more troubles in the South China Sea”, it said.

In Ho Chi Minh City, Obama interviewed three young entrepreneurs in front of an audience at a co-working space called Dreamplex that hosts budget tech startups and is supported by angel investors and Silicon Valley funds.

There he touted the benefits of the TPP, especially for unlocking entrepreneurial innovation.

Vietnam’s manufacturing and export-led economy is seen as the biggest TPP beneficiary. Annual U.S-Vietnam trade has swelled from $450 million when ties were normalised to $45 billion last year, and Washington is a big buyer of Vietnam’s televisions, smartphones, clothing and seafood.

But the TPP, which would remove tariffs across a 12-nation bloc worth a combined $28 trillion of gross domestic product, is not a done deal. Opposition is expected in Washington, amid concern about competition and a loss of U.S. jobs.

“The TPP not only will allow to us sell more goods to each other and bring our economies closer … but it will also accelerate economic reforms, boost competitiveness open up new markets,” Obama told the gathering of Vietnamese entrepreneurs.