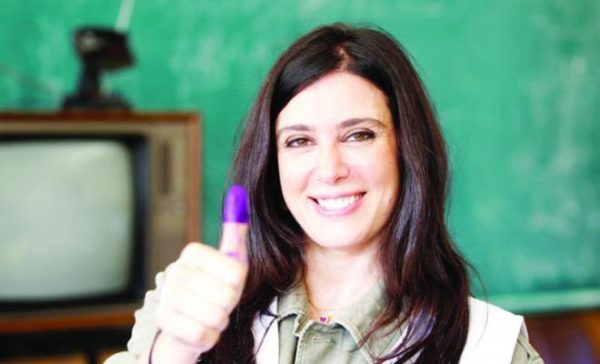 The first round of Lebanon’s municipal and mayoral elections was held Sunday in the capital Beirut, the eastern Bekaa Valley and Baalbek-al-Hermel, in the first vote of any kind in Lebanon since the last municipal polls in 2010.

According to early results, the Future Movement-backed “Beirutis List” was projected as the winner of the municipal elections in the capital.

“The Beirutis List has won all the seats of the municipal council, according to early results,”Future Movement’s campaign said.

Environment Minister Mohammed al-Mashnouq, who is close to Future Movement, meanwhile announced on Twitter that “the Beirutis List has won,” calling on the rival lists to “seek to act as a shadow municipality.”

Earlier in the evening, Future Movement leader and former PM Saad Hariri said: “I hope that we will win these elections and from tomorrow we will start working to achieve Beirut’s interest.”

But the rival Beirut Madinati list ” warned of the repercussions of the growing reports about the presence of several blatant violations and electoral fraud and we hold the Interior Ministry responsible for every violation.”

Meanwhile, a coalition of the country’s main Christian parties — the Free Patriotic Movement, the Lebanese Forces and the Kataeb Party — was leading in the Bekaa city of Zahle, according to media reports and a statement by an FPM official.

“Zahle is the beginning… congratulations to the Christian accord,” MP Ibrahim Kanaan of the FPM tweeted.

MTV meanwhile reported that the list backed by Christian parties was leading in the Christian polling stations.

Polls closed at 7:00 pm in all areas in Beirut and the Bekaa amid a voter turnout of around 49.02% in the Bekaa and 20.14% in the capital, the Interior Ministry announced.

“Voter turnout was low in Beirut but higher than that recorded in 2010,” said Interior Minister Nouhad al-Mashnouq at a press conference he held after the vote.

“The elections were held in a largely peaceful atmosphere,” he noted.

“The Lebanese proved that they deserve freedom and democracy and that they are ready for the upcoming junctures,” the minister added.

The Internal Security Forces said a day earlier that heavy security measures would be taken during the election process and that motorcycles were banned from the roads except ones having licenses to roam the streets on the election day.

Over 20,000 security forces and military members oversaw the safety of the electoral process throughout Lebanon.

Beirutis’ main competitors were a secular group named Citizens In A State of which former Labor Minister Charbel Nahas is a member and the Beirut Madinati coalition — a civic campaign of 24 candidates, equally split between men and women, and Muslims and Christians.

The campaign was founded in 2015 shortly after a trash crisis in the summer sparked protests demanding a solution to growing piles of waste and an overhaul of paralyzed government institutions.

Coming out of a polling station in Beirut, a 43-year-old voter who gave his name only as Elie was enthusiastic.

“Even if just one candidate from Beirut Madinati gets in, it’ll be a victory for civil society,” said the employee of a money transfer company, who in 2010 had voted for the Hariri-backed list.

“We’re fed up with this corrupt political class.”

But 40-year-old Mariam said she had voted for the Hariri list because “it represents the people of Beirut.”

Only about 470,000 voters are registered in the capital despite almost four times more people living there.

Many Beirutis are automatically registered to vote in the birthplace of their ancestors in other areas of the country.

In the eastern city of Zahle, three lists competed in the municipal elections race.

One list “Zahle the Integrity” is backed by Popular Bloc leader Myriam Skaff, the widow of late Zahle politician Elie Skaff. Another list “Zahle is Worthy” is headed by Moussa Fattoush and a third is headed by former Zahle Mayor Asaad Zogheib and backed by the country’s main Christian parties — the FPM, the LF and Kataeb.

The  final official results are expected to be announced by the Interior Ministry on Monday.