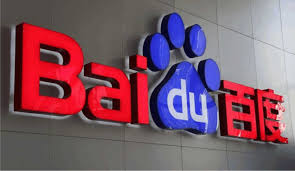 China’s Internet regulator said on Monday it will send a team to investigate Baidu Inc (BIDU.O) over the death of a university student who used the Chinese search engine to look for treatment for his cancer.

He had searched Baidu for the best place for treatment, finding a department under the Second Hospital of Beijing Armed Police Corps which offered an experimental treatment that ultimately failed, according to state media.

Before dying, Wei accused Baidu online of promoting false medical information, as well as the hospital for misleading advertising in claiming a high success rate for the treatment, state radio said.

“Wei’s family says they trusted the treatment because it was promoted by one of the military hospitals which are considered credible, and the attending doctor had appeared on many mainstream media platforms,” state radio said.

Baidu said in a statement it deeply regretted Wei’s death and sent condolences to his family. The company added it welcomed the investigation and would fully cooperate.

“Baidu strives to provide a safe and trustworthy search experience for our users, and have launched an immediate investigation of the matter,” the company said.

Chinese Internet portal Sina, citing unidentified sources within Baidu, said the regulator had also asked to speak to Baidu’s chief executive, Robin Li, although it was not clear what the subject might be.

A Baidu spokeswoman said the company had no additional comment. The hospital could not be reached for comment.

Earlier this year, Baidu was criticized for selling management rights for a hemophilia online forum to an unlicensed private hospital, which used the platform for self-promotion and deleted comments that challenged its credentials, the official Xinhua news agency said.