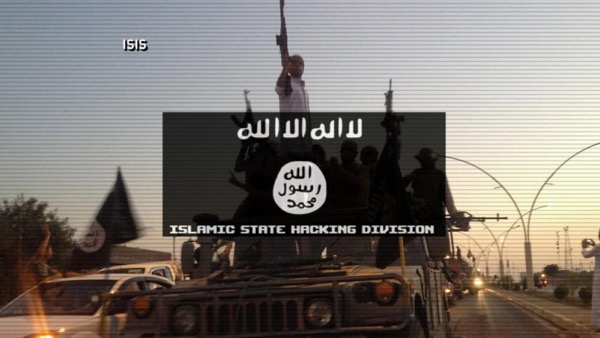 ISIS hackers have published a “hitlist” of over 70 US military personnel who have been involved in drone strikes against terror targets in Syria and asked their followers to “kill them wherever they are”.

According to ‘The Sunday Times’, the hackers have links with Britain and call themselves ‘Islamic State Hacking Division’ and circulated online the names, home addresses and photographs of more than 70 US staff, including women and urged supporters: “Kill them wherever they are, knock on their doors and behead them, stab them, shoot them in the face or bomb them.”

The group also claimed that it might have a mole in the UK’s Ministry of Defence and threatened to publish “secret intelligence” in the future that could identify Britain’s Royal Air Force (RAF) drone operators.

The new hitlist features the ISIS flag above the heading: ‘Target – United States Military’ and the document, circulated via Twitter and posted on the JustPaste website, states: “You crusaders that can only attack the soldiers of the Islamic State with joysticks and consoles, die in your rage!

“Your military has no courage, neither has your president as he still refuses to send troops. So instead you press buttons thousands of miles away in your feeble attempt to fight us.

“A nation of cowards that holds no bravery as you resort to sending your remote-controlled unmanned Reaper and Predator drones to attack us from the skies. So this is for you, America.

“These 75 crusaders are posted as targets for our brothers and sisters in America and worldwide to hunt down and kill.”

The group also warned: “In our next leak we may even disclose secret intelligence the Islamic State has just received from a source the brothers in the UK have spent some time acquiring from the Ministry of Defence in London as we slowly and secretly infiltrate England and the USA online and off.”

At the bottom of the ISIS document is an image of the Statue of Liberty with its head cut off.

The ISIS hacking division was previously led by Junaid Hussain, a former British Muslim computer hacker from Birmingham who was killed in a US drone strike in Syria last August.

His wife, Sally Jones, a Muslim convert from Kent in the UK, is still believed to be involved in the organisation, which in the past has urged “lone wolf” attacks against RAF bases in the UK.

Inquiries made by ‘The Sunday Times’ found that the names on the American hitlist are genuine.

However, the information published by ISIS does not appear to be the result of a leak or genuine hack. Instead, the group seems to have painstakingly gleaned the names of Reaper and Predator drone operators from news articles and military newsletters, before matching them to addresses, photos and other personal details from publicly available sources on the internet.

Some of the information appears to have been taken from social media sites, including Facebook and LinkedIn.