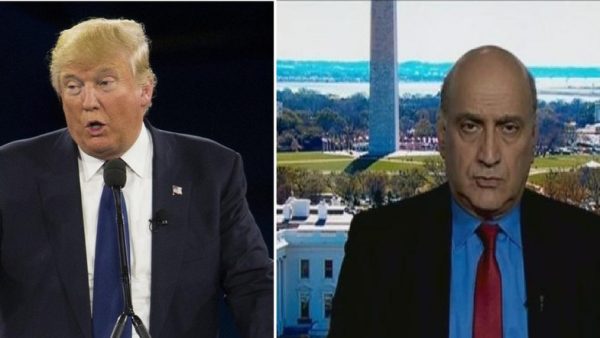 Lebanese-American academic Walid Phares, who is the foreign policy advisor to US presidential candidate Donald Trump, claimed Thursday that Trump would surprise Arabs with a conciliatory speech to be delivered this week.

In an interview with the Al-Hayat newspaper, Phares said Trump “is certainly not a racist” and blamed his “lack of expertise in politics” for making comments that are interpreted as racist and fascist towards Arabs and Muslims.

“He is certainly not a racist and nothing on a personal level shows that he is,” Phares said of Trump.

Phares said Trump did not intend to ban the entry of Muslims to the US, describing the remarks as “illogical and do not reflect his policy or orientation.”

“I have been informed that Trump had planned last December his first tour in the Middle East that was supposed to include Jordan, Egypt and Gulf countries. If he was appointed as a candidate for the Republican Party, he is expected to make this tour.”

Regarding Trump’s exclusionary speech towards Arabs and Muslims, Phares said: “There will be a significant change in the content of his speech, in which he will highlight for the first time his foreign policy lines, which will adopt moderation in the region. And then he will address the Arab and Islamic world and will explain how his statements about preventing the entry of Muslims to the US were a reaction after California’s terrorist attacks and Paris bombings.”

Phares – a Lebanese – American academic emigrated to the United States in 1990 . In 2011 he served as Mitt Romney’s foreign policy advisor .

Phares has testified before committees of the U.S. State, Justice, Defense and Homeland Security, the United States Congress, the European Parliament, and the United Nations Security Council. Since 2007, he has served as an expert on terrorism and the Middle East for Fox News since 2007 and was a terrorism expert for NBC from 2003 to 2006.

In his April 27th foreign policy speech, Donald Trump claimed that “now ISIS is making millions and millions of dollars a week selling Libya oil.” But an expert on Libya’s oil operations told us there’s no evidence that the Islamic State is producing or selling oil out of that country.

Trump also repeated false and misleading claims that we have vetted before on the NAFTA pact, Iraq War and the U.S. trade deficit:

• Trump said NAFTA “literally emptied our states of our manufacturing and our jobs.” Actually, economic studies say NAFTA’s impact on U.S. jobs has been small.

• Trump claimed he was “totally against” the Iraq War and warned “that it would destabilize the Middle East.” There is no public record of him being against the war before it started.

Trump also criticized Hillary Clinton’s response to the Benghazi attacks on Sept. 11, 2012. We address one of the Benghazi claims below, and in a separate article — “Trump on Clinton’s ‘3 a.m. Call’ ” — we write about Trump’s claim that Clinton failed to take charge during the Benghazi attacks, and instead “decided to go home and sleep.” The evidence shows Clinton was actively involved in responding to the attacks, and subsequent investigations concluded the government response was appropriate.