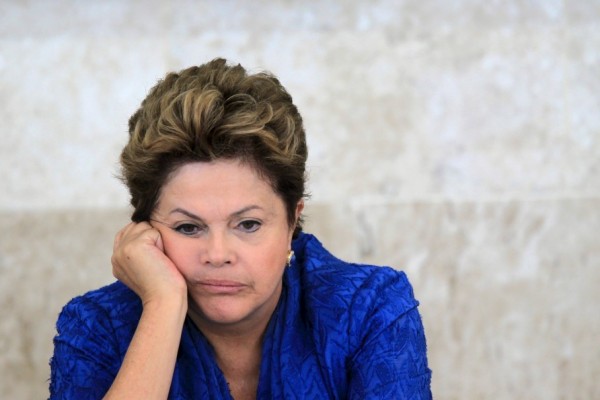 Brazil’s Senate on Monday was determining the 21 members of a commission that will recommend whether or not to move forward with impeachment proceedings against embattled President Dilma Rousseff.

Rousseff is facing impeachment over allegations her administration violated fiscal laws, in what her foes say was a bid to prop up flagging support through government spending. Brazil’s first female president has insisted the procedure amounts to an attempted coup against her.

Expected to be dominated by pro-impeachment senators, the commission is slated to vote in early May on whether to recommend the continuation of the impeachment process.

Whatever their recommendation, another vote will follow a few days later on the floor of the Senate. If 41 of the 81 senators vote in favor of the impeachment, Rousseff will be suspended for up to six months pending a “trial” in the Senate that will decide whether to permanently remove her from power.

The impeachment proceedings come as Brazil is grappling with the biggest recession in decades, an ongoing corruption probe that has ensnared top politicians and prominent businessmen and also an outbreak of the Zika virus. The country’s showcase city, Rio de Janeiro, is also gearing up to host the Olympics in August.

Rousseff’s once-overwhelming public support has eroded with the onslaught of bad news, with her approval ratings dipping into the single digits in recent months. While polls have suggested broad public support for her impeachment, they’ve also pointed to widespread trepidation about who might replace her.

The impeachment proceedings have been spearheaded by the speaker in the lower house, who is facing money laundering and other charges in connection with the sweeping corruption probe at the state-run oil company, Petrobras. Vice President Michel Temer, the first in line to substitute Rousseff if she’s suspended, has also been mentioned in connection with the scandal, though he is not facing charges and has denied any wrongdoing.

The Ibope polling agency conducted interviews with 2,022 people in 142 cities nationwide on 14-18 April. The margin of error is plus or minus two percentage points.