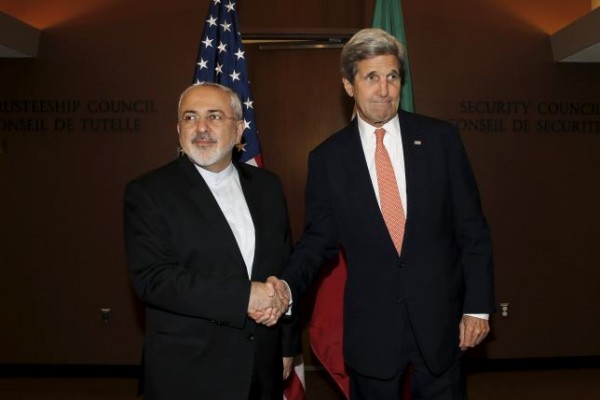 By : MK Bhadrakumar*
The decision by the US Department of Energy to buy a strategic substance from Iran that America itself cannot produce makes a big geopolitical statement.

The deal may be worth only $8.6 million but it involves the purchase of 32 tons of heavy water from the Atomic Energy Organization of Iran.

At present, Canada and India meet most of global demands of heavy water for non-nuclear use (estimated to be around 100 tons, US accounting for three fourths of it). The fact that US is choosing the newest kid on the block as its main supplier can only mean that it intentionally put on display a landmark decision that the world community will duly take note.

The Savannah River National Laboratory in Georgia, which used to produce heavy water until 1981 when the US shuttered down its production capacity, has tested the Iranian heavy water and found it is top-shelf. Hundreds of research teams in the US will be the beneficiaries of Iranian supplies, once the shipment arrives in the coming weeks.

Conceivably, US could be tiptoeing toward deeper collaboration with Iran’s Arak heavy water plant, which, under the nuclear agreement of last July, is being converted into an international science and technology center. The US Energy Secretary Ernest Moniz has urged his department “to begin thinking about other areas of collaboration”. Iran is now working with the United States and China to reconfigure the Arak reactor to largely eliminate plutonium production.

Interestingly, on a parallel track on Friday, US Secretary of State John Kerry and his Iranian counterpart Foreign Minister Mohammed Zarif also worked out an amicable method to prod foreign business deals with non-sanctioned Iranian firms, whereby Washington would approve the new rules under which Iran will be able to get the full benefit of the nuclear deal, including access to the frozen funds held by foreign banks.

Kerry said in New York at a joint media interaction with Zarif:

We (US) have no objection and we do not stand in the way of foreign banks engaging with Iranian banks and companies… State and the Treasury Department have been actively engaged with partner governments and the private sector in order to clarify those sanctions that have been lifted. And if banks or any company has any question about this, we’re happy to answer those questions. They shouldn’t just assume that activities that were not permitted before… are not permitted at this point in time. And so they shouldn’t also assume that activities still prohibited by the primary (US) embargo are also prohibited for foreign actors… So when in doubt – my message: when in doubt, ask.

United States is committed to doing our part as we believe it is in our interest to ensure that… the nuclear agreement… is in fact working for all participants… It is mutuality that was created in this, and it’s important that we make sure there is mutuality in its implementation.
Zarif in turn pointedly appreciated not only Kerry’s remarks but also “other steps that were taken by the United States” to respond to Tehran’s grievance that it is yet to garner the promised economic dividends of the nuclear deal.

The above developments on Friday underscore that the Obama administration is taking Iran relations forward. This meets a pressing demand from the US’ European allies, who have been seeking an unequivocal commitment by Washington to Iran’s reintegration with the West.

Meanwhile, in regional terms, the optics in the Middle East will also be important, since these developments were announced shortly after President Barack Obama’s summit with the GCC leaders in Riyadh on Wednesday.

What lies ahead? After expressing his satisfaction over Kerry’s remarks, Zarif added:

We will continue to have differences with the United States. Our differences are very serious in a good number of areas… I hope that by – through serious action so that the Iranian people can see the benefits of implementation (of the nuclear agreement)… which should create the foundations and not the ceilings for resolution of international issues.
Kerry promptly responded:

The foreign minister is correct; there are differences and some of them are obviously serious differences. Those have to be the subject of future discussion. But it’s important for people to understand that an agreement is an agreement, and we need to separate, even as we are working to resolve those other differences. And nothing that I said diminishes the United States commitment to helping to resolve those differences and certainly to continue to work for the peace and stability of the region.

Decoding the language of US-Iran diplomacy is never easy, but Zarif may have signalled Tehran’s willingness to broaden the engagement with Washington and Kerry welcomed it.

Of course, it is too much to say that footfalls of an earlier era of US-Iranian alliance are echoing. But, indeed, the negotiations in New York this week testify to a willingness on both sides to move toward that door that they slammed shut and never opened through the past four decades almost.

Whether that door still would lead into a rose-garden is the big question. To be sure, alarm bells must be ringing – not only in Riyadh but also in Moscow.

The Russian news agency Sputnik raised dust in the air by propagating that Obama’s mission to Riyadh last Wednesday was actually aimed at consolidating a “new anti-Tehran alliance” comprising the Gulf monarchies, Egypt, Turkey and Israel.

The influential Russian daily Kommersant wrote Friday admitting that despite official posturing, “Moscow and Tehran have discovered several areas of mutual dissatisfaction”. It saw Syria as the issue where contradictions are most acute – “and will only grow”.

The article also cited the divergence with regard to world oil market. It gave expression to the Manichean fear that Moscow may lose ground to the West as Iran’s principal business interlocutor:

Russian business (has) lost its monopoly in the Iranian market, which is now flooded by European and American companies. Tehran is not giving any privileges to its Russian allies. Past achievements do not count and market competition seems to have started anew from a clean slate.

The Obama administration’s decision to enter into nuclear commerce with Iran and encourage Europe’s business dealings with Iran would hit Russia’s vital interests. Unsurprisingly, Moscow will see also these moves as the foreplay of a broader US-Iranian strategic engagement.

*Ambassador MK Bhadrakumar served as a career diplomat in the Indian Foreign Service for over 29 years, with postings including India’s ambassador to Uzbekistan (1995-1998) and to Turkey (1998-2001). He writes the “Indian Punchline” blog and has written regularly for Asia Times since 2001.