Obama tells UK : Don’t turn your back on the EU 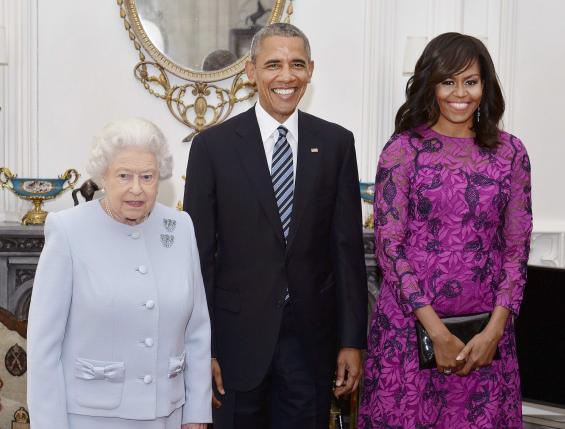 U.S. President Barack Obama appealed directly to British voters on Friday to remain in the European Union, saying membership had magnified Britain’s place in the world and made the bloc stronger and more outward looking.

In an article in the conservative Daily Telegraph — which the eurosceptic newspaper placed on page 20 — Obama invoked the interlinked history of the United States and Britain and the tens of thousands of Americans lying in European war graves as his reason for speaking on a June 23 referendum.

“The European Union doesn’t moderate British influence – it magnifies it,” he wrote under the headline: “As your friend, I tell you that the EU makes Britain even greater.”

Obama, who opinion polls show is popular in Britain, arrived in London on Thursday to applaud Britain’s EU membership which he said had helped make the world freer, richer and better able to tackle everything from migration to terrorism.

His remarks, which led television news broadcasts in Britain, undercut one of the most passionate arguments of the opponents of EU membership: that Britain could prosper on an equal basis with global powers such as the United States.

Obama said Britain’s closest ally wanted it to remain in the club it joined in 1973 to bolster trade and strengthen the 28-member bloc, which Washington views as a pillar of stability.

“The United States sees how your powerful voice in Europe ensures that Europe takes a strong stance in the world, and keeps the EU open, outward looking, and closely linked to its allies on the other side of the Atlantic”.

“When you see allies and partners coming out around the world advocating the case for the UK remaining in the EU, talking about how that amplifies our influence in the world, we think those are important arguments to hear,” a spokeswoman for Cameron said.

Obama and his wife Michelle flew by helicopter on Friday to Windsor Castle, a royal residence that traces its history back over almost 1,000 years to William the Conqueror, for lunch with Queen Elizabeth, and her husband, Prince Philip.

The queen celebrated her 90th birthday on Thursday.

The president’s comments on the EU drew scorn from opponents of Britain’s EU membership.

New York-born London Mayor Boris Johnson, who heads the “Out” campaign, said that he did not want to be lectured by Americans about EU membership and that the United States would never countenance such a transfer of sovereignty.

“For the United States to tell us in the UK that we must surrender control of so much of our democracy — it is a breathtaking example of the principle of do-as-I-say-but-not-as-I-do,” Johnson wrote in the Sun newspaper.

“It is incoherent. It is inconsistent, and yes it is downright hypocritical,” Johnson said.

Opinion polls indicate that British voters are leaning towards the “In” camp but many remain undecided. “In” campaigners are concerned that young voters may not turn out to vote.

The U.S. government, and many U.S. banks and companies, fear a Brexit would cause market turmoil, diminish the clout of its strongest European ally, hurt London’s global financial hub status, cripple the EU and weaken Western security.

“Now is a time for friends and allies to stick together,” Obama said. “Together, the United States, the United Kingdom, and the European Union have turned centuries of war in Europe into decades of peace, and worked as one to make this world a safer, better place.”

Ahead of a 2014 Scottish vote on independence, Obama said he hoped Britain “remains strong, robust and united”, a comment that was welcomed by unionist politicians in London.

“The U.S. and the world need your outsized influence to continue — including within Europe,” Obama said.

Opponents of the EU, many of whom laud the U.S. alliance, have said that membership has shackled Britain to the corpse of a failed German-dominated experiment in European integration, and that Britain, if freed, could prosper as a sole trader.

Such opponents caution that while many world leaders like Obama, banks such as Goldman Sachs and big companies such Ford (F.N) may want Britain to remain in the EU, the British people do not appreciate being lectured about how to vote.

Nigel Farage, a prominent opponent of membership as leader of Britain’s UK Independence Party, called Obama the most anti-British American president to date.

“This is an unwelcome interference … Mercifully, he won’t be in office for much longer.”