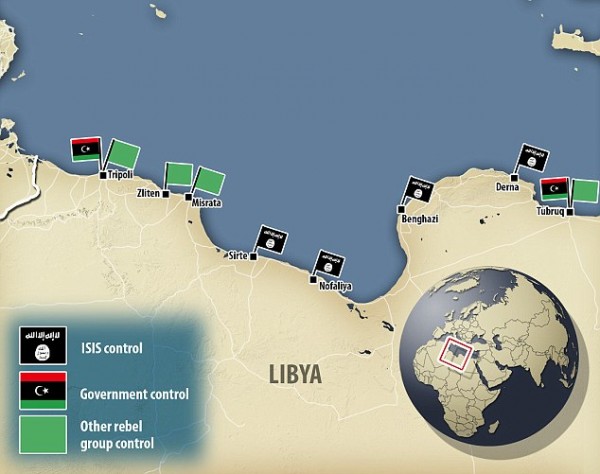 Military forces in eastern Libya said Islamic State fighters had retreated from long-held positions around the city of Derna on Wednesday, and were engaged in clashes with troops to the south.

Security forces allied to Libya’s eastern government have carried out occasional strikes against Islamic State in the area over recent months. The militant group lost control of the port city in June last year by rival Islamists.

Islamic State has gained ground in Libya as two rival governments and a range of armed factions battled to control the country in the last two years. But it has also faced resistance from other local armed groups on the ground.

Military spokesman Abdulkarim Sabra said Islamic State had retreated from Derna’s 400 neighborhood and al-Fatayeh, 20 km (12 miles) south of the city, and its forces were trying to head toward the militant group’s Libyan stronghold of Sirte when they were intercepted.

The military was providing air support for troops, he said. It was not immediately clear if there had been casualties.

Military forces allied to Libya’s eastern government have also been involved in heavy fighting in the city of Benghazi where they have taken several neighborhoods from fighters loyal to Islamic State and other groups.

The eastern government was set up after armed opponents took control of the capital, Tripoli, in 2014, and installed a rival administration. Both are backed by alliances of former rebels who once fought together to oust Muammar Gaddafi in 2011 but have slowly turned against each other.

Last month a U.N.-backed unity government arrived in Tripoli, where it has been trying to establish its authority. The West sees the new government as the best chance of ending Libya’s political divisions and uniting its armed factions to take on Islamic State.