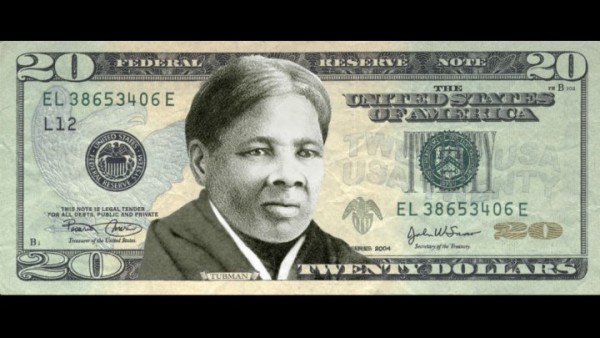 Celebrated former slave Harriet Tubman will replace the late president Andrew Jackson on the American $20 banknote, the first time an African-American has appeared on US currency, a Treasury official said Wednesday.

The Treasury is expected to announce the change later Wednesday along with a long-awaited redesign of the $10 bill, which is also expected to feature depictions of women on one side.

Plans made last year to remove first Treasury secretary Alexander Hamilton – the inspiration for a hit Broadway musical – from the $10 bill were dropped, however, in the face of popular opposition.

US Senator Jeanne Shaheen cheered the choice of Tubman on Twitter.

“If this is true, great news! Tubman on $20 is the right call. The redesign needs to happen as soon as possible. Women have waited long enough.”

Tubman, who went from slavery to helping run the legendary Underground Railroad that helped thousands of slaves flee to freedom in the 19th century, was the most popular candidate in a poll of 600,000 people conducted by the Women On 20s pressure group.

The changes follow a review that collected opinions from around the country on the redesign of the $10 note planned for 2020.

Groups like Women On 20s had campaigned to have a woman on a banknote by 2020 to mark the 100th anniversary of American women gaining the right to vote.

They had expressed unhappiness over initial proposals to have a woman share the $10 note with Hamilton, after it was decided he would not be replaced.

The $20 bill, one of the world’s most circulated banknotes, was not scheduled for updating until 2030. Women On 20s said Wednesday that, while the choice of Tubman was an “exciting one”, the change needs to come earlier.

“What was to be a celebration of female American heroes for our 100th anniversary of inclusion in the democracy cannot be postponed,” Women On 20s founder Barbara Ortiz Howard said in a statement.