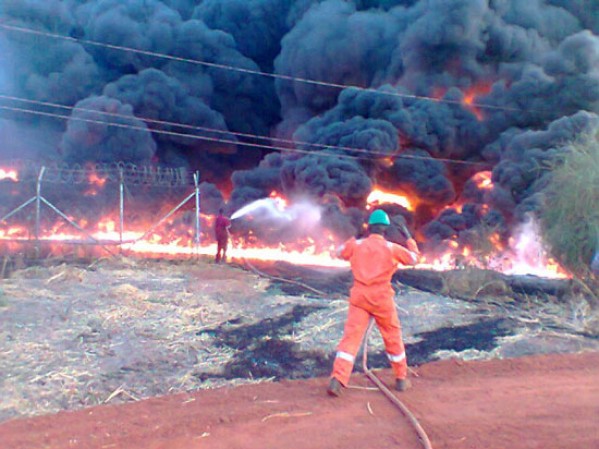 LAGOS, NIGERIA – Some residents of Olugboboro in Southern Ijaw Local Government Area of Bayelsa, have called for investigation into the March 26 explosion that killed three oil workers in the area.

The residents made the call in separate interviews with the News Agency of Nigeria in Olugboboro on Sunday.

An explosion occurred at an oil field operated by Nigeria Agip Oil Company, NAOC, in the area on March 26, killing three workers.

Another blast occurred in the company’s oil field at Azuzuama on July 9, 2015 leaving 14 people dead.

Peter Irabor, Director-General, National Oil Spills Detection and Response Agency, NOSDRA, who confirmed the loss of lives in the March 26 explosion, attributed it to poor safety procedures at the oil field.

Ebidimie Ugbe, spokesperson of Olugboboro Community Development Committee, said he was worried about the frequency of explosions in the area and the number of lives being lost.

He said that the explosions that took 17 lives within eight months in the area cast doubts on the safety measures taken by the oil firm.

“After the incident, the Oil and Gas Task Force came into our community with some men of the Nigeria Security and Civil Defence Corps and urged us to show them where the oil spillage occurred.

“We led them to the site. But some people are now insinuating that the community is culpable; I stand to say that our people are not part of the cause of the oil spill.

“We did not know what caused the spill and we do not know about plans to sabotage the oil facility. What I am saying is that they should investigate it,” he said.

Another resident, Iboro Biekiri, urged the government to investigate the cause of frequent explosions at Agip’s oil fields in the area.

“The actual cause of the frequent blasts should be properly investigated rather than some people insinuating that the fire was caused by explosives,” Mr. Biekiri said.

Meanwhile officials of NAOC and its parent company, Eni, had declined comments on the incidents.

Fillippo Cotalini, Media Relations Manager at Eni, was yet to respond to the message sent to him via his e-mail, on the March 26 pipeline explosion.