How would you feel if Apple stake you sold for $800 was worth over $60 billion?

by yalibnan
976
Share:
By Barry Ritholtz
Everybody knows who Steve Jobs is. If you follow technology or the stock market, you probably know who Steve Wozniak is.

Do you have any idea who Ronald Wayne is?

In April 1976, Wayne was the third co-founder and 10 percent shareholder of Apple Computer. For reasons that are both interesting and relevant to today’s discussion, he sold his stake for a mere $800. Had he held onto to it, that 10 percent stake would today be worth $62.93 billion of Apple stock.

This may possibly be the worst stock trade — ever.

There are lessons for all of us in this. Before we get to those, a brief digression. 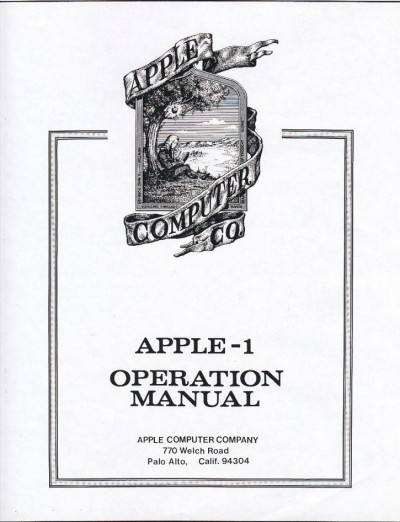 Apple was born 41 years ago, on April Fools’ Day 1976. The story of Jobs, the marketing genius/visionary, and Wozniak, the brilliant engineer/hacker, toiling away in a garage is well-known Silicon Valley lore. But less well-known history is that of Wayne, the third partner, who was there from day one.

His contributions were not insignificant: He designed the company’s logo, wrote the Apple 1 computer user’s manual and drafted the company’s original partnership agreement. But after less than two weeks with Apple, he had had enough, and on April 12, Wayne sold his stake for $800. In Wozniak’s autobiography (“iWoz: Computer Geek to Cult Icon: How I Invented the Personal Computer, Co-Founded Apple, and Had Fun Doing It”), he described Wayne’s contribution: “Ron ended up playing a huge role in those very early days at Apple.”

Wayne’s departure was 40 years ago this week. Let’s see what lessons we might take from this incredible but true story:

No one knows what the future will bring: It bears repeating. The future is inherently unknown and unknowable. Occasionally, some people get glimpses of it. Jobs gets credit for recognizing the value of the graphic user interface, of making complex technology easy to use, of putting all of the power of a computer into a touch screen and a mobile device. Woz, to a lesser degree, gets credit for reducing the impossible to an engineering problem. But in 1976, nobody but nobody thought Apple would become the world’s largest company by market capitalization.

Make sure your risk tolerance aligns with your actions: Wayne was in his 40s when he joined the two Steves; he had other life experience, including prior businesses that had gone belly-up. He understood the legal risks of a partnership — including joint and several liability, which holds each partner personally responsible for debt incurred by the partnership.

His risk tolerance was not a good match for this venture. 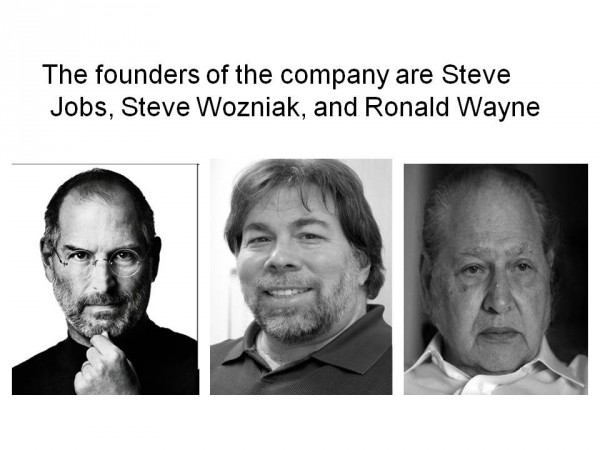 Wayne had become friendly with Jobs when they were working for Atari. Given the youthful inexperience of his partners — and recognizing that Jobs embraced risk with reckless delight — Wayne ultimately thought the better of having to deal with the fallout if the venture crashed and burned, which is so often the outcome for a start-up.

He was also the “adult supervision.” Whether it was the risk of the partnership structure or concern about simply trying to keep up with two 20-somethings, this was not the right fit for him.

A good lawyer is worth his weight in gold: Setting up Apple as a partnership — and not Apple Inc. — was the fastest and cheapest way to create a legal structure.

It was also one of the worst ways to do this.

Any good lawyer will tell you that a partnership structure does not protect the founders if the venture fails. The proper way to do this is to set up an LLC — a limited liability corporation. Different state regulations and tax rates affect different planning needs, and these might lead savvy founders to another structure — perhaps an “S Corp.” or “C Corp.” or other alternatives that best fit their specific needs.

All these variables should be understood and discussed in terms of tax consequences and personal liabilities. A good attorney who can explain this — and draw up proper incorporation documents — is invaluable.

Who you work with and what you do is important to your happiness and life satisfaction. Not to get all Zen on you, but starting a new firm means you are going to be spending a lot of time working with the same people day in, day out. After your spouse, it’s the most intimate relationship most people have. I am fortunate to work with a brilliant group of “crazy ones, who think different,” are fun to be around and keep things moving forward in fascinating ways.

Making sure you are compatible with your fellow workers makes a big difference in your life satisfaction. Had Wayne stayed, he very well could have ended up rich but miserable.
Have a well-thought-out (business/financial/investing) plan: We have discussed this previously, but it bears repeating. Failing to plan pretty much guarantees future failure.

The early days of Apple were pretty ad hoc. It seems as if little planning was done and that the partners were not on the same page in terms of priorities and focus. Of course the initial partnership did not survive.

As champion boxer Mike Tyson was fond of saying “Everyone has a plan ’till they get punched in the mouth.” But at least with a plan, and a contingency plan, you have options that were decided when you were coolly rational and thinking about the future — not when things went against you and you were bloodied and emotional.

Compounding is a miraculous thing: When you are forming a new venture, the very last thing you are thinking about is how gains reinvested on top of prior gains compound over time. Yet that is exactly what occurs with all companies that succeed.

Now reinvest those gains again and again for 40 years, and you end up with a substantial sum of money. Obviously, $63 billion is a huge outlier. In 99.999 percent of instances, gains won’t be anything like that. But they do add up over time, and after four decades, even a modestly successful company (or portfolio) can amount to many millions of dollars.

Understand valuation: Not understanding what a company’s potential could be decades hence is a mistake anyone could make. After all, the world can change dramatically in a few years. Recall the infamous one-word cover of the June 1997 Wired magazine: “Pray,” when Apple was thought to be on the verge of bankruptcy. Anything can happen.

Three years before that, Wayne wasn’t done making bad trades regarding Apple. He sold the original partnership document in 1994 — the one he, Jobs and Wozniak all signed — for a mere $500. This was 14 years after Apple went public, and the company had already developed a cult following.

In 2011, the same document sold at auction for $1.6 million. Not understanding the intrinsic and market value of things is an expensive error to keep making.

Be happy with what you have. Beyond its ability to provide for basic human needs and financial security — housing, education, health care, food and clothing — money brings a diminishing level of happiness.

Stuff, including riches, ain’t all it’s cracked up to be. You need look no further than the ne’er-do-well offspring of billionaires — self-destructive junkies, layabouts and others without purpose or motivation in their lives.

The lessons here are not surprising; you could easily add the word “investments” to each bullet point above to see how relevant this is to your portfolio.

Wayne is now 83 years old and occupies himself “a couple of days a week to try his luck on the video poker machine.”

He was once sitting on the biggest jackpot in corporate history. And now he’s still trying to win a jackpot.