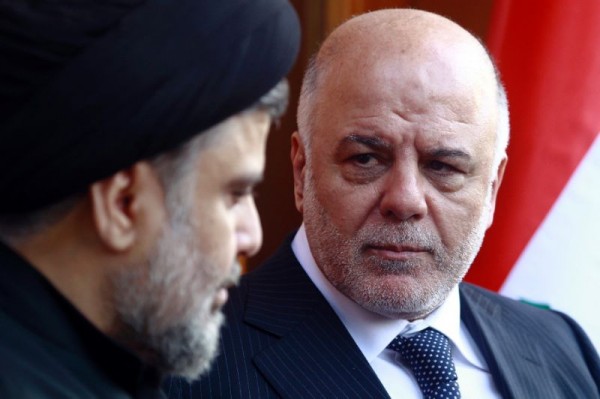 In response to popular demands for reforms, including a challenge from resurgent Iraqi cleric Muqtada al-Sadr, Abadi submitted a proposal for a streamlined technocratic Cabinet on March 31, which Iraq’s Council of Representatives, or parliament, was to consider by April 12. Iraqi politicians across the political spectrum, including in the Shiite alliance, claim that Abadi did not consult political leaders and groups in making these selections. Abadi’s list faces steep resistance in the parliament, and even if it passes and the prime minister gets a reprieve, the pressure will be even greater on him to produce results.

Ali Mamouri ( a columnist for Al-Monitor’s Iraq Pulse) analyzed the breakdown in consensus among Iraq’s Shiite parties, which have until now been organized under the Iraqi National Alliance grouping. In July 2015, widespread popular protests broke out demanding reform, accountability and improved services. The demonstrations were originally neither sectarian nor religious, but they have since been co-opted by Sadr, who has re-emerged as a formidable political rival to Abadi and other Iraqi National Alliance leaders, as described by Adnan Abu Zeed ( an Iraqi author and journalist.) .

Abadi’s failures to enact reforms, deliver services and build meaningful political alliances has led to his alienation from the religious leadership in Najaf, which has refrained from its previous statements of support for the government. As Grand Ayatollah Ali al-Sistani stepped back from the political fray, Sadr and former Prime Minister Nouri al-Maliki intensified their bids to replace Abadi. Sadr has also rejected Iran’s mediation and is seeking to ride a nationalist wave of resentment against both American and Iranian interference in Iraqi affairs.

As Mamouri explained, “Political differences among Shiite parties and currents themselves have moved from disputes among politicians to the street — diplomatic language has changed to direct threats. Sadr called for massive sit-ins in front of the Green Zone, to protest against corruption and government performance. He even embarrassed his Shiite rivals within the alliance. These sit-ins started March 18 and have expanded. Remarkably, Sadr threatened to break into the Green Zone in case the government did not fulfill its demand to replace the current government with a technocrat government. In contrast, the State of Law Coalition [led by Maliki], which represents a majority within the Shiite alliance, issued a strongly worded statement March 16, saying Sadr’s call for protests is illegal and unconstitutional. The statement ended with a warning, or even a threat, that ‘weapons will be faced with weapons, and men will be faced with men. The people, the country, particularly areas that Islamic State [IS] gangs failed to destroy, would be the biggest loser. Resorting to the street is a mistake that will end up destroying the country and community.’”

Mohammed Salih ( a journalist based in Erbil, Iraqi Kurdistan.) reported that Abadi’s reform initiative has also deepened divisions between Baghdad and the Kurdistan Regional Government. The Kurdish parties in the Iraqi parliament — the Kurdistan Democratic Party, the Patriotic Union of Kurdistan, Gorran and Komal — have buried the hatchet over differences in Erbil to mostly band together in opposition to Abadi’s efforts, which they claim do not accurately take into account Kurdish interests. Nizar Saleem Numan Doski, Abadi’s nominee for minister of oil, has said he will not accept the nomination if he does not have the support of Kurdish blocs in the Iraqi parliament.

Mamouri concluded, “All this reveals that the Shiite alliance has lost its political dynamics to resolve differences. The Shiite forces have moved their internal dispute outside the Shiite circles. Besides, traditional forces such as the highest Shiite authority and Iran have failed to mediate and limit the dispute based on common sectarian foundations.”