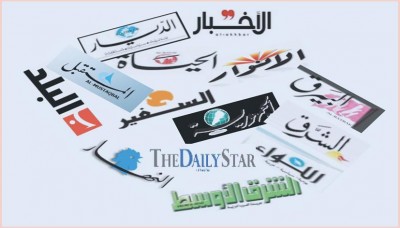 Its slogan was “the voice of the voiceless”, but after four decades the prestigious Lebanese daily As-Safir is in danger of falling silent, illustrating the unprecedented crisis rocking the country’s media.

Lebanese newspapers, long seen as a beacon of freedom in a tumultuous region, are suffering because of the country’s political paralysis and a slump in funding from rival regional powers.

As Safir’s main competitor, An Nahar, is also struggling to survive and its employees have not been paid for months.

“Our ink has run dry,” said Talal Salman, founder and editor-in-chief of As Safir. “The Lebanese press, a pioneer in the Arab world, is undergoing its worst crisis ever.”

The paper has downsized from 18 to just 12 pages, and the fate of its 159 employees remains uncertain.

“We’ve run out of funds and we’re desperately looking for a partner to finance the paper,” Salman said.

He blames the country’s political stalemate, with existing divisions exacerbated by the war in neighboring Syria.

Lebanon is dominated by two main blocs: one backed by the West and Gulf kingdoms, and the other by Iran and Syria.

The rift means there have been no parliamentary elections since 2009, and lawmakers have failed for nearly two years to elect a president.

“Without politics, there is no media, and there is no politics in Lebanon today,” Salman said.

Experts say the crisis is being driven by several factors, including an advertising revenue slump that has hit media worldwide and is exacerbated in Lebanon by a fragile security situation.

The long-standing reliance of Lebanese media on political financing from the Middle East’s rival powers is also key to the problem.

Many of the region’s most influential journalists have written their best stories for Lebanese newspapers, relishing the freedom to be critical that one could only dream of under other more oppressive governments.

But the freedom was never complete.

Some journalists have paid the ultimate price for their work, including An Nahar’s Samir Kassir and Gebran Tueni who were both murdered as the Syrian army pulled out of Lebanon in 2005.

As Safir’s Salman escaped an assassination attempt himself in 1984, when Lebanon was mired in civil war.

At its core, Lebanon’s media sector has long been a playing field for the region’s competing powers, and without their financing, newspapers and TV stations simply cannot survive.

As Safir acted as the voice of Arab nationalists and defenders of the Palestinian cause while An Nahar stood for Lebanese pluralism.

After the war, Saudi, Qatari and Iranian money took over, but a few years on, even Riyadh’s oil-fuelled coffers are running dry.

With social media and citizen journalism taking center-stage in the wake of the 2011 Arab Spring uprisings in the region, regimes have taken to setting up newspapers on their own turf.

The Lebanese media “has lost its impact and its authority, and that means a commensurate decrease in interest from the Arab regimes that were funding them,” said Georges Sadaka, dean of the journalism faculty at the Lebanese University.

In 2015, Wikileaks revealed that a Lebanese TV station received $2 million in donations from Saudi Arabia — 10 percent of what it had asked the kingdom to pay.

The editors of An Nahar, founded in 1933, have denied rumors that it may face closure, but its journalists have not been paid for seven months and several have been let go.

Staff at English-language The Daily Star as well as the al-Mustaqbal newspaper and television station owned by billionaire former Prime Minister Saad Hariri say they too are owed pay.

“The crisis of the press is a key part of the crisis of Lebanon,” said Mohammad Farhat, managing editor of the pan-Arab daily al-Hayat, which has offices in London and Beirut.