Russia appears to be threatening Europe with nuclear arms 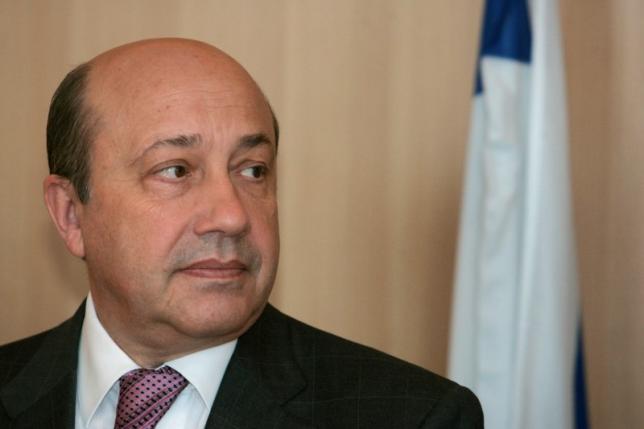 The East-West standoff over the Ukraine crisis has brought the threat of nuclear war in Europe closer than at any time since the 1980s, a former Russian foreign minister warned on Saturday.

“The risk of confrontation with the use of nuclear weapons in Europe is higher than in the 1980s,” said Igor Ivanov, Russia’s foreign minister from 1998 to 2004 and now head of a Moscow-based think-tank founded by the Russian government.

While Russia and the United States have cut their nuclear arsenals, the pace is slowing. As of January 2015, they had just over 7,000 nuclear warheads each, about 90 percent of world stocks, according to the Stockholm International Peace Research Institute.

“We have less nuclear warheads, but the risk of them being used is growing,” Ivanov said at a Brussels event with the foreign ministers of Ukraine and Poland and a U.S. lawmaker.

Ivanov blamed a missile defense shield that the United States is setting up in Europe for raising the stakes.

Part of that shield involves a site in Poland that is due to be operational in 2018. This is particularly sensitive for Moscow because it brings U.S. capabilities close to its border.

However, the United States and NATO say the shield is designed to protect Europe against Iranian ballistic missiles and is neither targeted at Russia nor capable of downing its missiles.

In remarks that are likely to alarm European and NATO diplomats seeking a political solution to the separatist conflict in Ukraine that has killed more than 9,000 people since April 2014, Ivanov also said Europe and Russia have little chance of a broader reconciliation.

“The paths of Europe and Russia are seriously diverging and will remain so for a long time … probably for decades to come,” Ivanov said, adding that Russia could not be the eastern flank of a “failed greater Europe.”

“These beautiful plans, we have to forget,” he said, adding that Russia’s destiny was now as the leader of a greater Eurasia stretching from Belarus to the Chinese border.