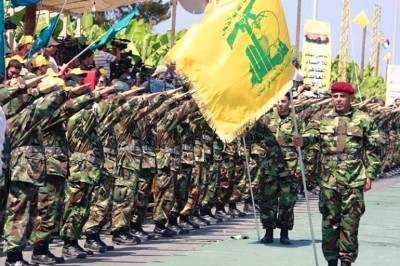 The ministry did not give any further details, but the move came days after the Arab League declared Hezbollah a terrorist organisation.

Sunni-ruled Bahrain has previously accused Hezbollah and its ally Iran of aiding Shia militants in the country.

Iran and Hezbollah have denied the allegations.

It is not known how many Lebanese were deported, although last week Lebanese media said 10 families had been ordered to leave, AFP news agency reported.

Lebanon’s Central News Agency ( CNA) quoted its Bahrain sources as saying: ” More deportations to follow and this will not be limited to Bahrain only “.

On Sunday, Saudi Arabia warned that any of its citizens or residents found to support Hezbollah would face harsh penalties.

The Sunni power – Iran’s main regional rival – last month withdrew 4  billions of dollars in promised military aid to Lebanon, where Hezbollah has strong influence in the national unity government, and warned its citizens to leave.

Riyadh was angered by the failure of Lebanon’s Hezbollah-backed foreign minister to support an Arab League resolution condemning attacks on Saudi diplomatic missions in Iran in January following the execution of a prominent Shia cleric in Saudi Arabia.

Since then, Saudi Arabia, Bahrain and the United Arab Emirates have told their citizens not to travel to Lebanon, and the Gulf Co-operation Council (GCC) has designated Hezbollah a terrorist group, accusing it of “hostile acts”.

The GCC’s move brought member states into line with the United States and the European Union – although the latter has only blacklisted the group’s military wing.

Once lauded in the Arab world as a heroic resistance movement that stood up to Israel, Hezbollah has seen its popularity plummet among Sunni Muslims because of its military  support for Syrian President Bashar Assad and for  interference in the  internal affairs of several Arab countries .