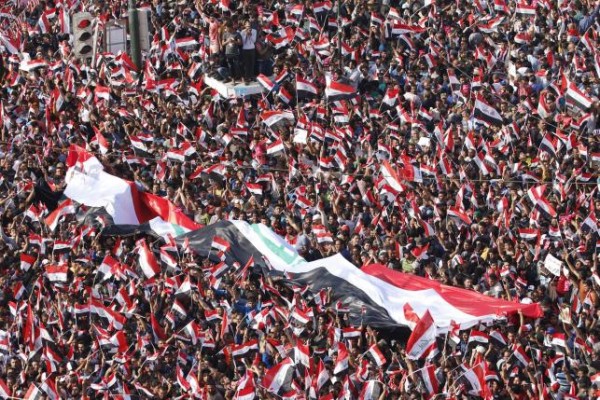 The protest, that Sadr said would start on Friday, threatened to escalate tensions over a long-awaited economic overhaul in the strife-torn oil producer.

Graft is eating away at Baghdad’s resources even as it struggles with falling revenue due to rock-bottom oil prices and high spending due to the costs of the war against Islamic State militants.”I address this historic call to every reform-loving Iraqi … so that he rises up to begin a new phase,” read the statement posted online on Saturday from Sadr, heir to a Shi’ite clerical dynasty persecuted under Saddam Hussein.

A year and a half into his four-year term, Abadi is trying to challenge a system of patronage which has become entrenched in Iraq over the last decade, paralyzing politics and allowing corruption to flourish.

But he is facing pressure from two sides as some of the country’s powerful political factions resist any reduction of their influence, while Sadr is threatening to escalate protests to bring down his government should he not press ahead faster.

On Friday, Abadi signaled willingness to agree that the political parties have a say in appointing members of a cabinet he plans to form to fight corruption and optimize state spending to better cope with the sharp decline in oil revenue.

The Sadrist bloc in parliament, called al-Ahrar, accounts for only 34 of parliament’s 328 members and may not be able to vote down Abadi should the other political parties approve a new cabinet.

The political system adopted after the overthrow of Saddam Hussein in 2003 was initially meant to allow the nation’s Sunni Arab, Kurdish and other minorities to have ministers and take part in the government alongside parties that represent the Shi’ite majority, to which Abadi belongs.
REUTERS