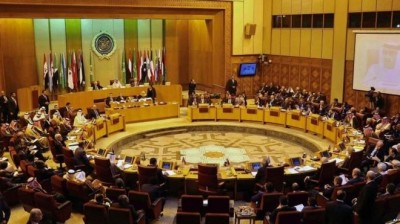 The Arab League has declared the Lebanese Shia Muslim movement Hezbollah a terrorist organization – a week after a similar move by Arab Gulf states.

The Arab League, dominated by Sunni Muslim countries, said the decision had been near unanimous.

Hezbollah is a key political and military force in Lebanon, and is involved in the conflict in Syria.

Its support for President Bashar al-Assad has long pitted it against Gulf states backing rebels.

Correspondents say the move by the Arab League, in the wake of the decision by the Saudi-led Gulf Co-operation Council (GCC), will intensify pressure on Hezbollah.

The move aligns the 22-member organisation firmly behind Saudi Arabia and the bloc of six GCC states.

Tensions between Saudi Arabia in particular and Hezbollah have intensified recently as the Saudis have clashed more openly with Hezbollah’s main backer, Iran.
‘Reservations’

The decision on Hezbollah came at a meeting of foreign ministers of the 22 Arab League members in Cairo.

Lebanon and Iraq had not supported the decision, having expressed “reservations”, a statement said.

BBC regional analyst Sebastian Usher says this is the latest broadside in Saudi Arabia’s campaign against Hezbollah, which is backed by its main regional rival, Iran.

Where once such battles were rhetorical or covert, the Saudis have recently adopted a far more openly aggressive stance against its enemies, he says.

For years, Hezbollah and the Saudis have supported opposing sides in Syria – the Shia movement on the battlefield, Riyadh by proxy.

But they now confront each other to some extent in Yemen, too, and in Gulf states that claim to have broken up Hezbollah plots.

Lebanon may be collateral damage in this confrontation, our analyst adds, with the Saudis withdrawing billions of dollars in promised military aid and telling their citizens to leave.

The Arab League and GCC decision to classify Hezbollah as a terrorist organisation bring them into line with the United States and the European Union – although the latter has only blacklisted the group’s military wing.

Iraqi Foreign Minister Ibrahim al-Jaafari’s defended  Hezbollah in a speech before the Arab League in Cairo Friday , which prompted the Saudi delegation to storm out of the meeting.

“Whoever accuses the Popular Mobilization forces and Hezbollah of terrorism is the one who supports and adopts terrorism,” Jaafari , a Shiite  who founded the National Reform Trend party said in his speech, a foreign ministry source told the Iraqi Media News Agency (WAA).

Jaafari expressed solidarity with Hezbollah in his speech, underlining that the “Popular Mobilization forces and Hezbollah safeguarded the dignity of Arabs.”

The Iraqi FM rejected attempts to distort the image of Hezbollah, saying that the party’s Secretary-General Sayyed Hasan Nasrallah “is an Arab hero who defended values and principles.”

Television footage from inside the meeting showed members of the Saudi delegation exiting the meeting during Jaafari’s speech, with one man in a white robe gesturing angrily with his hand for others to follow.

The Popular Mobilization forces in Iraq are Shiite militia groups  led by Iranian  General Qassem Suleimani who heads the Quds force of the Iranian Revolutionary Guard . The Quds Force created Hezbollah in 1982.