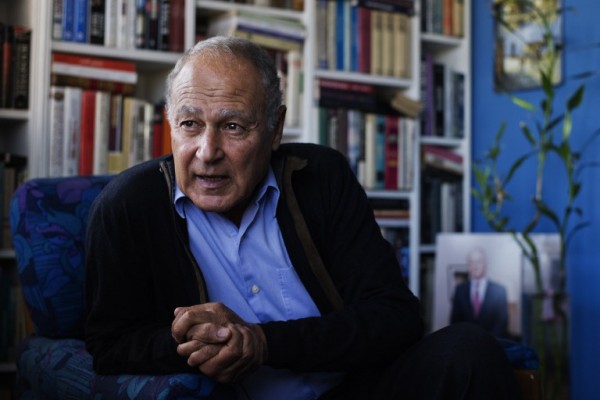 Ahmed Abul Gheit, who was elected secretary general of the Arab League on Thursday, served as Egypt’s last foreign minister under Hosni Mubarak until the longtime autocrat’s overthrow in 2011.

The veteran diplomat is still mocked for saying “Egypt is not Tunisia,” just days before the anti-Mubarak revolt erupted on January 25, 2011 after the fall of Tunisian president Zine El Abidine Ben Ali at the start of the Arab Spring uprising.

But a day before Mubarak stepped down on February 11 that year amid mass protests in Cairo’s iconic Tahrir Square, Abul Gheit came back on that remark in a television interview.

He acknowledged there were “tensions” in the country, mainly because of then 82-year-old Mubarak’s “advanced age… and over the issue of succession concerning his son Gamal”, who was long tipped to succeed Mubarak.

An impeccable English speaker who always dressed in business suits, Abul Gheit was often criticised for being mild and discreet.

Since Mubarak’s fall, Abul Gheit, 73, a tough critic of Iran, had stayed away from politics and devoted his time to writing. He published his memoirs in 2013.

“While I started working with him, I was surprised to find an ageing man whose determination and concentration were eroding,” he wrote about Mubarak in his memoirs.

Unlike the charismatic ex-chief of the Arab League, Egyptian Amr Moussa, who was known for his tough positions on Israel, Abul Gheit adopted a relatively softer policy towards the Jewish state.

He said he was merely implementing Mubarak’s policies.

“I have always rejected claims by some of Egypt’s foreign ministers that the policies they implemented accomplished this or that,” he wrote.

“All ministers were only implementing foreign policies dictated by their presidents.”

In 2008, he even accused Palestinian Islamist movement Hamas, which controls the Gaza Strip, of being responsible for the Israeli war on the coastal enclave that year.

Abul Gheit participated in the Camp David negotiations that led to the 1979 signing of the Egypt-Israel peace treaty when president Anwar al-Sadat ruled Egypt.

In 1999 he was appointed as Egypt’s permanent representative to the United Nations, but was recalled in 2004 to head the foreign ministry under Mubarak.

Traditionally, the secretary general of the Arab League has held the post for two terms, and Cairo has always insisted that it be held by an Egyptian diplomat.

Arabi, also a veteran Egyptian diplomat, had taken over as the bloc’s chief from fellow diplomat Moussa in 2011.

Abul Gheit is married and has two sons.