Trump is increasingly being compared to Hitler 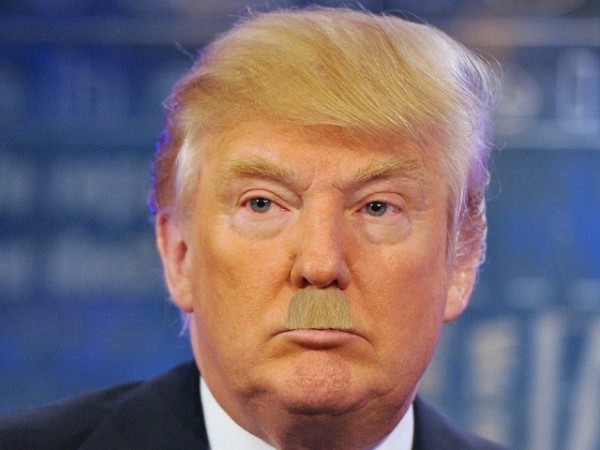 Here’s a quick rundown of who has compared the Republican frontrunner to Nazi leader Adolf Hitler since Friday.

It started Friday night, with Bill Maher on HBO’s “Real Time.” He noted that the conservative Weekly Standard dug up a 1990 article in Vanity Fair reporting that Trump “kept a volume of Hitler’s speeches by his bedside.” Said Maher: “I think this tells us a lot about where Donald Trump is getting his ideas.”

On Saturday, Louis Székely, known professionally as Louis C.K. made the comparison in an email newsletter for his web series “Horace and Pete.” “It was funny for a little while,” he said. “But the guy is Hitler. And by that I mean that we are being Germany in the ’30s. Do you think they saw the shit coming? Hitler was just some hilarious and refreshing dude with a weird comb over who would say anything at all.”

The Huffington Post also joined in with a story Saturday headlined “This Donald Trump Rally Looks Like a Scene From Nazi Germany.”

Hours later, “Saturday Night Live” joined in with two sketches: One in which Darrell Hammond‘s Trump compared himself to Hitler, and another called “Racists for Trump,” which featured a Trump supporter wearing a swastika armband.

Why leave the Trump-Hitler comparisons to HuffPo and liberal comedians? 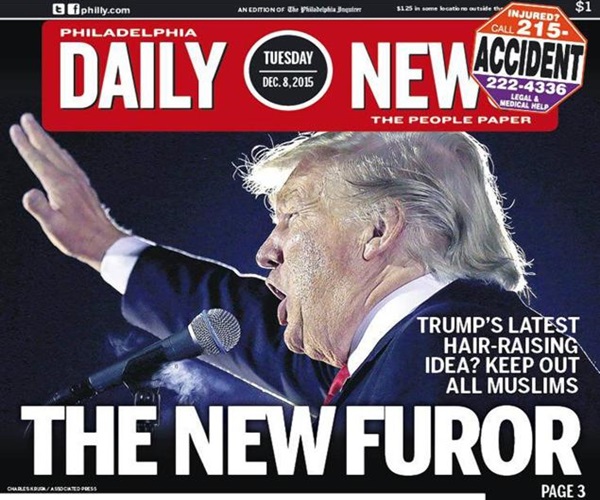 On Sunday, conservative commentator Glenn Beck got into the act on ABC’s “This Week.” He explained: “You know, Adolf Hitler — we all look at Adolf Hitler in 1940. We should look at him in 1929. He was the kind of funny, character that said the things that people were thinking. Where Donald Trump takes it, I have absolutely no idea.”

Of course, Beck has compared a lot of other people Nazis, including a mean Israeli flight attendant.

Trump told George Stephanopoulos in December that the Hitler comparisons don’t bother him. He said his proposal to keep Muslims out of the U.S. temporarily wasn’t reminiscent of Hitler, but rather another World War II leader — U.S. President Franklin D. Roosevelt.

“You’re increasingly being compared to Hitler,” Stephanopoulos said. “Does that give you any pause at all?”

“No,” Trump replied, “because what I am doing is no different than what FDR — FDR’s solution for Germans, Italians, Japanese, you know, many years ago.”

The Hitler comparisons are nothing new — just click around Twitter, or check out this Philadelphia Daily News cover from December:

Trump is far from the first politician to be compared to Hitler. Presidents George W. Bush and Barack Obama have been compared to the Nazi leader, too, for varying reasons.

But the Trump-Hitler comparisons do seem to have reached a fever pitch this weekend, particularly among comedians.