Iran elections: Reformists with the moderates defeat the hard-liners 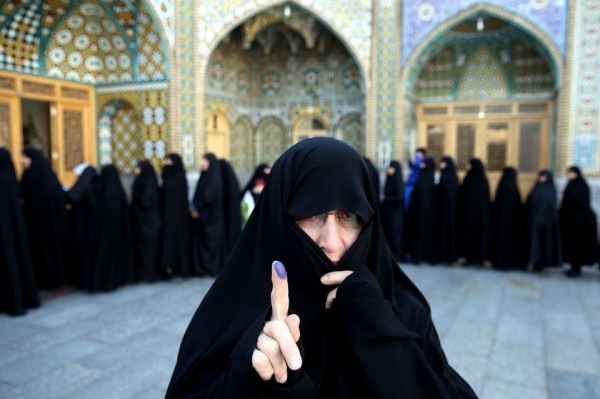 Rohani and his allies made big gains in ballots to pick members for Iran’s parliament and the country’s top clerical body.

Final results released by the interior ministry and broadcast on state TV showed that reformists, who favour increasing social freedoms and dialogue with the West, and other backers of President Rouhani, won at least 85 seats. Moderate conservatives — who split with the hard-line camp and support the nuclear deal—won 73, giving the two camps together a majority over hard-liners in the 290-seat assembly.

Hard-liners won just 68 seats, down from 112 in the current parliament. Five seats will go to religious minorities, and the remaining 59 will be decided in a runoff, likely to be held in April.
While none of the country’s three main political camps will dominate the next parliament, the assembly will be much friendlier to Rouhani, a moderate elected in 2013 on pledges.

Furthermore, the reformists and moderate conservatives are expected to work together.

“This is a major blow to conservatives, because for 12 years they have by far dominated the parliament,” said FRANCE 24 correspondent Sanam Shantyaei from Tehran.

Shantyaei said that besides winning an increased number of seats in parliament and the Assembly of Experts, reformists and moderates had also claimed strategically important posts.

“One of those crucial seats is the parliamentary speaker, and vying for the post we had reformist Mohammad-Reza Aref up against Gholam-Ali Hadad Adel, and it’s the reformist that won that seat,” Shantyaei noted.

Other lawmakers who strongly opposed Rohani’s recent nuclear deal did not make it to the new parliament, including Mehdi Koochakzadeh, who called Foreign Minister Mohammad Javad Zarif “a traitor”, and Roohollah Hosseinian, who threatened to bury the negotiators under cement for agreeing to concessions to world powers.

“Moving on to the Assembly of Experts, the clerical body that will select Iran’s next supreme leader, it’s the more moderate-leaning candidates, like President Hassan Rohani and his major ally, Akbar Hashemi Rafsanjani, also a former president, who are coming out on top,” Shantyaei added.

The hardline chairman of the assembly, Mohammad Yazdi, lost his seat. So did Mohammad-Taghi Mesbah-Yazdi, an arch-conservative who was widely seen as the spiritual mentor to former conservative president Mahmoud Ahmadinejad.

“These results mean that the Iranian people are supporting President Rohani to carry out and implement the policies that he introduced back in 2013 and the country’s détente with the international community,” said Shantyaei.

‘Illusion of a victory’

In his first comments since the polls, Iran’s deeply anti-Western Supreme Leader Ayatollah Ali Khamenei praised the high turnout of over 60 percent. He made no direct comment on the results but suggested the newly elected bodies should not be influenced by the West.

Hossein Shariatmadari, editor-in-chief of Kayhan, a newspaper closely associated with Khamenei, accused reformists of trying to create what he called an “illusion of a victory”.

“The structure of Iran’s ruling system is such that no political faction can change the main policies rooted in its core principles. The people’s vote is limited to the responsibility they have been given in the constitution,” Shariatmadari wrote.
Iran’s political system places significant power in the hands of the conservative Islamic establishment including the Guardian Council, which vets all laws passed by parliament.

Analysts say the large number of independents may be significant as they could cooperate across ideological lines with Rouhani’s government.

There will have to be run-off contests for 34 seats in late April because no one won the required 25 percent of votes cast. More than a dozen of the initial winners in those contests were women.