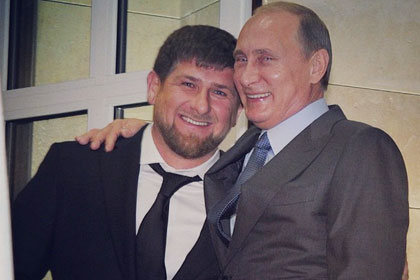 The hardline leader appointed by President Vladimir Putin to maintain order in the turbulent Chechen region has created his own caliphate that may one day unleash an Islamic State-style jihad against Russia, according to opponents of the Kremlin.

Ilya Yashin, a prominent figure in the People’s Freedom Party or PARNAS, said the Kremlin-backed leader of largely Muslim Chechnya, Ramzan Kadyrov, had flouted Russian laws and amassed military power while his fighters carried out terrorist attacks against opponents in Russia and abroad.

“In the last few years, our own local Islamic state has formed on Russian territory,” Yashin wrote in a report titled “A Threat to National Security”.

He said a separate “Chechen Caliphate” lived by its own traditions and laws while receiving billions of roubles in subsidies from the Russian national budget.

“Not one politician or department is able to guarantee today that the Islamic state created in Chechnya by Kadyrov … will not over time become a new “Islamic State” ready to declare jihad on Russia,” Yashin wrote.

Kadyrov dismissed the latest allegations against him as idle gossip and said he would only retain his position as long as he was asked to do so. 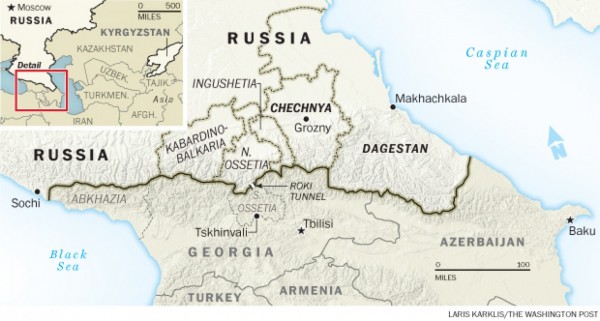 The report is the latest in a series of increasingly hostile confrontations between Russia’s liberal opposition and the hardline Chechen leader, a former rebel fighter turned Kremlin loyalist and one of Putin’s most vocal bannermen.

Islamic State fighters in Syria have threatened attacks in Russia and Moscow fears that Chechen fighters among the militant group’s ranks could return to launch assaults on Russian soil.

Known for his scathing condemnations of Putin’s opponents, Kadyrov has previously branded Russia’s opposition “enemies of the people”.

“Does Kadyrov want to continue? I don’t want to. These are different times from an economic, social point of view. We have a team of more professional people. I believe I have done my duty,” Kadyrov was quoted as saying by radio station Russian Service News.

“It is all the will of Allah. I am a footsoldier. If they say serve longer, I will serve. If go, good bye – I will say farewell.”

Russian forces have fought two brutal wars against insurgents in Chechnya but the region has since been subdued and awarded a high level of autonomy under Kadyrov’s control.

In February, Kadyrov released a video of opposition leader Mikhail Kasyanov in the cross-hairs of a sniper’s rifle, a move seen by many as a death threat following the murder of Boris Nemtsov, another prominent liberal opposition figure, last year.

Yashin said Chechen authorities were obstructing the investigation into Nemtsov’s murder, a sign of Kadyrov’s growing influence and power.

“Every year, Kadyrov’s assurance in his own invincibility grows stronger,” Yashin wrote. “The tone of his conversation with federal powers becomes more insolent.”