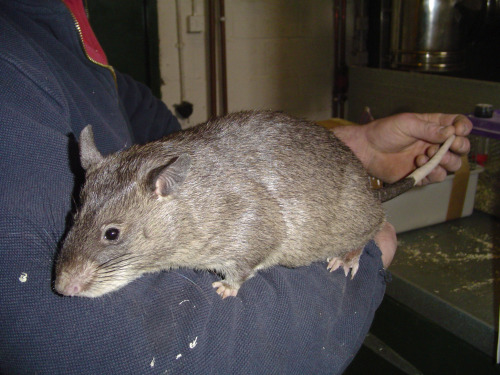 One of our Observers in Israel spotted a strange question on an engineering exam at a university: in a not-so-subtle way, it likens the country’s African migrants to rats.

Moran Mekamel posted the exam question on Facebook after an engineering student at Ben Gurion University of the Negev sent her a photo of it.
The question, in Hebrew, describes a fictional situation in which, during the digging of an underground train system in the Tel Aviv area, “it was decided to transfer rats to African territories, where the rats are needed for the development of a vaccine for rabies”. It then gives several choices for gathering the rats: you can round up 400 rats per month during regular working hours, which will cost the city nine shekels per rat, or gather more rats after-hours, at a higher cost. But then comes the strangest part: you can also choose to send the rats to a “facility in the south” called “Ruhot”.

Here’s the problem: “Ruhot”, meaning “winds”, is very close to the Hebrew word “Holot”, meaning “sands”, which is the name of a famous detention facility in southern Israel. That’s where hundreds of African asylum-seekers – mainly from Sudan and Eritrea – are detained. The authorities want to send them back either to their home countries or, if they refuse (which most do, having fled war or persecution), to other African countries.

Many Israelis, including politicians, refer to these asylum-seekers as “infiltrators”, which Mekamel noted is, as a concept, not too far from “rats”.

The exam question was written by engineering professor Moshe Kaspi, who also serves as the university’s dean of student affairs. In a February 15 interview with Israeli news outlet Ynet, he apologised, saying that he had “attempted to insert humour into the exam”. 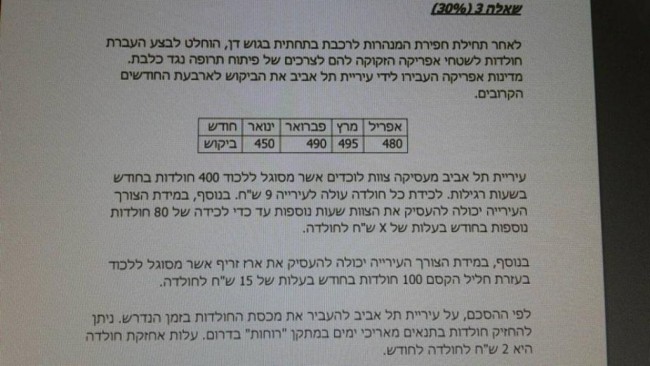 Moran Mekamel is a recent graduate of the university who continues to lead the student organisation “Ben Gurion Students for Refugees and Asylum-seekers”.

The dean’s apology, to me, is not a real apology – what he said is terrifying. The fact that he thinks he was making a joke, and that he’s not ashamed, worries me. Unfortunately, I think he is just a mirror of Israel. Our society is deeply dehumanising Africans. Over the past years, it’s just gotten worse and worse… [Editor’s Note: Watch our 2015 Observers Direct report on Israel’s African asylum seekers here.] Calling them “infiltrators” and now “rats” makes me think of dark times in history, when my people, the Jewish people, were described in the same ways.

Many people were as shocked as I was, but I also got a lot of backlash. One of the professor’s student teaching assistants wrote to me, saying that “rats” didn’t mean anything. He explained that when they were preparing the questions, they had actually put “cats” at first. But there’s this whole controversy over street cats in Israel – one minister actually suggested they be sent abroad – and so they feared this would offend students who have been feeding the cats. I was shocked! This proves that they actually did think these questions through thoroughly…

Other people said horrible things, like, “this is an insult to rats”. Some just accused me of not having any sense of humour.
But I’m not backing down. Our organisation has asked university officials – who are generally quite supportive of our efforts to help refugees – what they plan on doing about the dean’s comments. We sent this letter Tuesday; so far, no answer. If they don’t reply, we’ll have to go higher up and take it to the country’s education authorities.