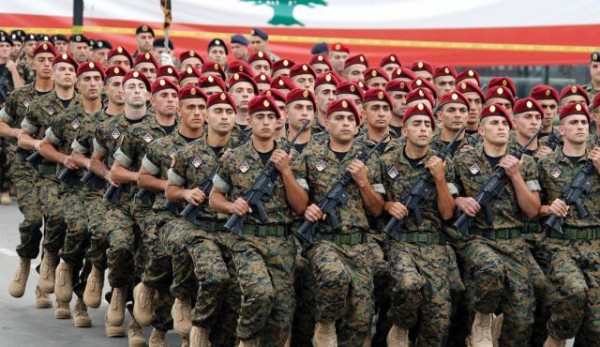 “Hezbollah and the Free Patriotic Movement are to blame for the suspension in Saudi aid,” said Hariri after a meeting  with Grand Mufti Sheikh Abdul Latif Deryan at Dar el-Fatwa on Saturday.

“Lebanon must put its position straight regarding the attacks that targeted the Saudi embassy and consulate in Iran. Fiery statements offending the Kingdom are rejected and do not represent the policy of Lebanon,” he added stressing that even the Supreme leader of Iran condemned the attacks and apologized to the kingdom

“Khameni himself has apologized for the assault while (Foreign Minister Gebran) Bassil distanced himself,” Hariri pointed out.

Bassil is the  newly appointed leader of the Free patriotic Movement , a close ally of Hezbollah

Lebanese Forces chief Samir Geaega stressed on Saturday that the government must demand Hezbollah to stop making fiery statements against Saudi Arabia following the Kingdom’s decision to halt the aid to the country’s army.

“The Lebanese government must convene and draw a formal request for Hezbollah  to stop its attacks against Saudi Arabia,” said Geagea in a press conference.

“A high level delegation must be formed to visit Saudi Arabia to put things in order so that it resumes its aid for Lebanon,” he added.

Highlighting Hezbollah’s campaign of verbal attacks against the Kingdom, Geagea said: “Saudi Arabia has been at the forefront in backing President Bashir Gemayel to reach the presidency and has offered generous aid during the 2006 Israeli war. The relations have been tainted recently for two reasons.

1- “A political party in Lebanon launched constant verbal attacks against the SA. It is a pity how the Lebanese government did not intervene,” the LF leader said.

2- “When the Saudi Embassy and consulate were attacked in Iran. Governments around the world, even Iran, denounced the attack while the Lebanese government decided to dissociate itself.”

Saudi Arabia said Friday it has halted a $4 billion grant for military supplies to Lebanon in protest against Hezbollah’s policies and recent diplomatic stances by the Lebanese foreign ministry.

One grant  involves a four-year, $3 billion Saudi pledge to buy French arms for the Lebanese military, the other involves a $1 billion support deal for the internal security forces. Both the army and the security forces have already received several arms shipment under both programs.

In light of positions taken by Hezbollah the kingdom proceeded to “a total evaluation of its relations with the Lebanese republic,” an unnamed official told the Saudi Press Agency yesterday.

The official cited by Saudi Press Agency said Lebanon had not joined condemnation of the attacks on Saudi Arabia’s diplomatic missions in Iran, neither at the Arab League nor at the Organization of Islamic Cooperation.

The official  also deplored the “political and media campaigns inspired by Hezbollah against Saudi Arabia,” as well as what he called the group’s “terrorist acts against Arab and Muslim nations.”

“Relations between Lebanon and Saudi Arabia have been impeccable since the civil war in the country until they tumbled recently,” Geagea pointed out.

The Gulf Cooperation Council  announced on Saturday their support for Saudi Arabia’s decision to stop its military aid to Lebanon.