Hezbollah established a base in Cuba too, Clinton’s emails revealed 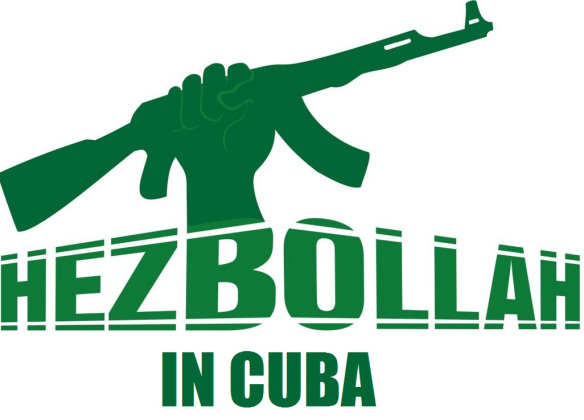 A few years before the Obama administration removed Cuba from the U.S. list of nations that sponsor terrorism Hezbollah established an operational base on the communist island, according to intelligence received by Hillary Clinton when she was Secretary of State.

The information comes straight from electronic mail released by the State Department last weekend as part of ongoing litigation from several groups, including Judicial Watch, and media outlets surrounding Clinton’s use of a private server to send and receive classified information as Secretary of State. This alarming information has been ignored by the mainstream media, which served as the president’s most vocal cheerleader when he established diplomatic ties with Cuba last summer. After appearing for decades on the U.S. government’s list of nations that sponsor terrorism, the Obama administration officially removed it to lay the groundwork for a full renewal of diplomatic ties.

Nevertheless, the administration knew that the radical Lebanon-based Islamic group Hezbollah had opened a base in Cuba, just 90 miles from the U.S, a few years earlier. In a cable dated September 9, 2011 Clinton is informed that “extremely sensitive sources reported in confidence that Hezbollah is establishing an operational base in Cuba, designed to support terrorist attacks throughout Latin America.” The cable goes on to say that “the Hezbollah office in Cuba is being established under direct orders from the current General Secretary Hassan Nasrallah. According to the information available to this source, in preparation for establishment of the base, Nasrallah, working from inside of Lebanon, carried out secret negotiations with representatives of the Cuban Government, particularly the Cuban Intelligence Service (General Intelligence Directorate — DGI), agreeing to , maintain a very low profile inside of Cuba. Nasrallah also promised to take measures to avoid any trail of evidence that could lead back to Cuba in the event of a Hezbollah attack in Latin America.” 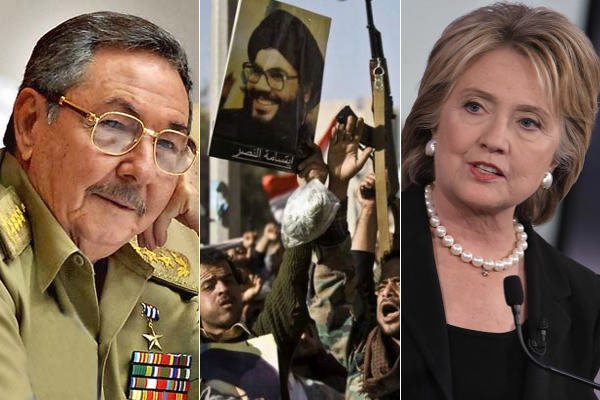 Obama’s report to Congress indicating his intent to rescind Cuba’s State Sponsor of Terrorism designation included a certification that Cuba had not provided any support for international terrorism during the previous six-months. It also claimed that Cuba had provided assurances that it will not support acts of international terrorism in the future. This was May, 2015 when the State Department announced the island nation was officially off the terrorist list because it “meets the statutory criteria for rescission.” In the announcement the agency also wrote this: “While the United States has significant concerns and disagreements with a wide range of Cuba’s policies and actions, these fall outside the criteria relevant to the rescission of a State Sponsor of Terrorism designation.” The new Clinton email creates a number of questions relating to the agency’s abrupt move to clear Cuba as a sponsor of terrorism.

Hezbollah’s involvement in Latin America is nothing new and in fact Judicial Watch has been reporting it for years. In 2013 JW published a story about Hezbollah infiltrating the southwest U.S. border by joining forces with Mexican drug cartels that have long operated in the region. The recently released Clinton email, states that a “particularly sensitive source” confirmed that in the 1980s Hezbollah carried out similar contingency casing operations against U.S., British, and Israeli facilities and businesses in Latin America, Europe and North Africa. In 1992 Islamic Jihad, acting on behalf of Hezbollah, bombed the Israeli Embassy in Buenos Aires, Argentina in retaliation for the death of Hezbollah General Secretary Abbas al-Musawi, the email says.

Hezbollah’s base according to the report was aimed particularly at diplomatic interests and Israeli businessmen,” but the Shi’ite militants “have been instructed” to identify “facilities in the United States and the United Kingdom, such as diplomatic missions, banks and businesses in the region”.