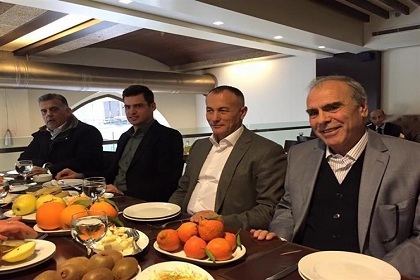 He reportedly gathered Frajieh’s son and Aoun’s   son-in-law over lunch on Wednesday in a bid to mend ties between the two presidential candidates, media reports said.

Relations between the two Christian leaders deteriorated  in the past two years due to conflicting viewpoints on several issues and were further strained a couple of months   ago after Franjieh met  former PM Saad Hariri in Paris and emerged as a leading presidential candidate.

Franjieh has refused to to quit the race stressing that he has 70 out of 127 votes .