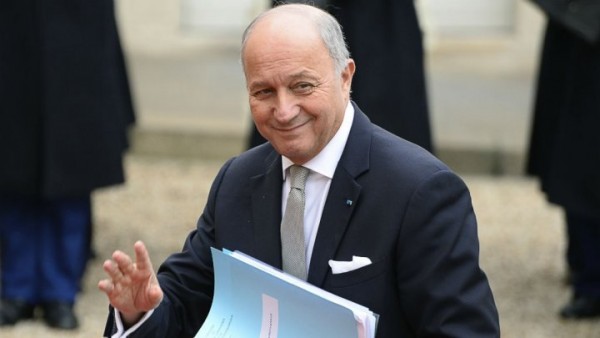 French Foreign Minister Laurent Fabius said on Wednesday he was going to leave office, as had been widely expected, in a move that is set to trigger a wider reshuffle of the unpopular government.

Fabius, 69, told reporters Wednesday was his last participation in the government’s weekly cabinet meetings and that he expected the full reshuffle to be announced later this week.

“I will be leaving office,” Fabius said.

The reshuffle is an opportunity for Hollande to re-shape his team ahead of the 2017 presidential elections, as he seeks to improve his very low approval ratings.

Hollande is fighting strong discontent in his Socialist party and amid allies over plans to strip French citizenship from people convicted of terrorism.

That plan passed a first hurdle in the lower house of parliament late on Tuesday, but the endless debates and government flip-flops have hurt Hollande’s already faltering chances of winning re-election next year.

Speculations are rife in France over who could join his re-jigged government, with Hollande’s former partner, Environment Minister Segolene Royal, or his previous prime minister, Jean-Marc Ayrault, tipped as possible replacements for Fabius.

A lot of attention will also be focused on whether former investment banker Emmanuel Macron, who has been the face of reforms for France’s European partners but has irritated many of his government colleagues, will get a bigger portfolio.

Another question is whether Hollande will call on lawmakers from the Greens party to join his cabinet, in a bid to build a wider left-wing alliance to gear up for the presidential election.

But analysts said a reshuffle was unlikely to do much to help Hollande’s popularity.

Fabius, who had been widely expected to change jobs since the end of last year, told reporters he was likely to start in his new job early March, after parliamentary committees rubber-stamp his nomination by Hollande.

Once France’s youngest prime minister in the mid-1980s, Fabius’s key role as Hollande’s foreign minister has been to be part of an agreement deal on Iran nuclear programme and in December to help broker a global deal on climate change.