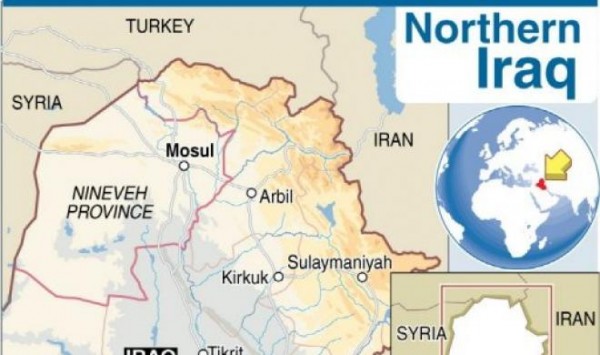 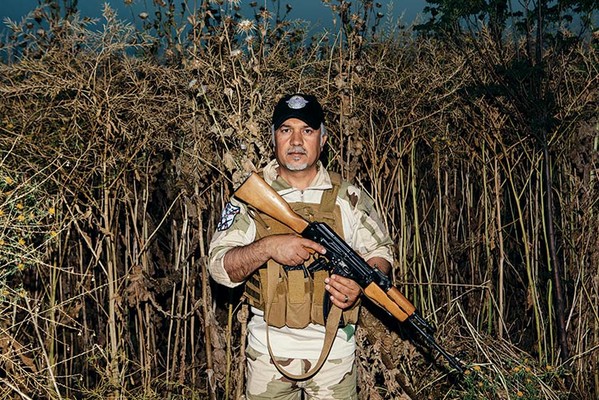 As Iraqi and Kurdish forces increase their fight against Islamic State (IS) fighters near Mosul, a military unit of Iraqi Christians has joined them.

Currently stationed in the Tal Qasab area 72 kilometers northwest of Mosul, the Nineveh Plain Forces (NPF) was formed in September 2014 in response to IS control of Christian territories in northern Iraq.

It answers to the Iraqi Kurdistan Regional Government, whose Peshmerga fighters are playing a leading role in the war against IS.

Sefa Ilyas Checo, the commander of NPF, said in an interview with VOA that his forces have battled alongside Kurdish Peshmergas who have provided weapons and training.

“We are currently 600 trained fighters and more young Christians are ready to join,” he said. “We are ready to fight IS inside Mosul city.”

Nineveh Plains is a region northeast of the city of Mosul and home to many Iraqi minorities such as Christians, Yazidis, Shabaks, and Turkmen. Reports estimate that between 150,000 and 200,000 Christians lived in the region before IS took over much of it.

The brigade wants to someday serve as the security force of an autonomous administration that Christians hope to establish in northern Iraq, Christian military commanders and political representatives told VOA.

Iraq’s Council of Ministers had decided in 2014 to change the status of the Ninevah Plains from a province to a governorate. But with IS controlling key parts of the region, that change never happened.

Romeo Hakari, the secretary general of Bet-Nahrain Democratic Party (an Iraqi Christian party), told VOA that the NPF would become the basis for the defense force of the Christian autonomous administration to be established after IS removed from Mosul.

“The initial goal of the force is to liberate Christian areas from IS,” Hakari said. “However, this force will become the core defense force of Nineveh Plains people after IS… We want autonomy for the people of Nineveh Plains after the liberation of the area.”

Khalid Jamal Albert, the General Director of Christian Affairs for Kurdistan Region’s Ministry of Endowments and Religious Affairs, told VOA that his government backs that idea.

“It is early to talk about what the form the self-rule would be,” he said, “but the Kurdistan Regional Government supports self-rule for the people of Nineveh Plains.”

Rich with oil and other natural resources, the Ninevah Plains region has been racked by disputes between the Iraqi central government and the Kurdistan Regional Government since the U.S.-led invasion of Iraq in 2003.

The disputes have divided Iraqi Christians over the fate of the region. And some Christian leaders are not happy that some Christian forces would join ranks with Iraqi fighters.

“The forces under the Iraqi government are controlled by Shiite militias,” said Romeo Hakari, leader of the Bet-Nahrain Democratic Party. “Culturally, ethnically, and religiously, we cannot be a part of the forces supported by the Shiite militias.”

But Hakari says it is in the best interest of Iraqi Christians to cooperate with the Kurdish regional government because it recognizes their rights of self-administration.

“The draft constitution of the Kurdistan region recognizes the right of Christians, Turkmen, and other minorities of autonomy,” Hakari said. “We have a long history of being used as isolated militias by previous Iraqi governments. The current government want to make us a part of Shiite militia.”

But Joseph Salioh, an Iraqi Christian who serves in the Iraqi parliament, said Christian forces should be allied with Kurdish and Iraqi entities.

“We have interest in both sides,” he said. “We live among our Kurdish brothers and we have a lot in common with them. But whether we like it or not Kurdistan is a part of Iraq.”