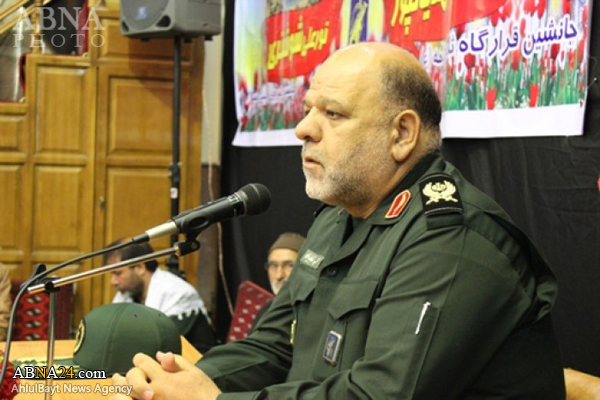 Brigadier General Mohsen Ghajarian
Share:
Another Iranian general has been killed by the jihadists in Syria, according to Iranian media reports .

Brigadier General Mohsen Ghajarian of the elite Revolutionary Guards was killed in the northern province of Aleppo, according to the Fars news agency, which is close to the Guards.

He is the latest high-profile casualty of Tehran’s efforts to prop up President Bashar al-Assad.

He was advising pro-regime forces in the fight against the Islamic State (ISIS) jihadist group, Fars reported, without saying when he died.

Fars said six Iranian Basij militia volunteers had also been killed in Aleppo province, where the Syrian army, backed by Russian air strikes and Hezbollah , this week launched a major offensive against rebels.

Iran has provided military advisers and frontline fighters to Assad’s army, as well as Iranian, Afghan, Iraqi and Pakistani “volunteers” to fight the rebels.

The latest deaths bring to more than 100 the number of advisers and “volunteers” sent by Iran who have been killed in Syria since the beginning of October, according to an AFP tally.

The casualties include General Hossein Hamedani, a veteran of the Iran-Iraq war who died in October after having conducted 80 missions in Syria.

The conflict in Syria has killed more than 260,000 people and forced half the country’s people from their homes since March 2011.