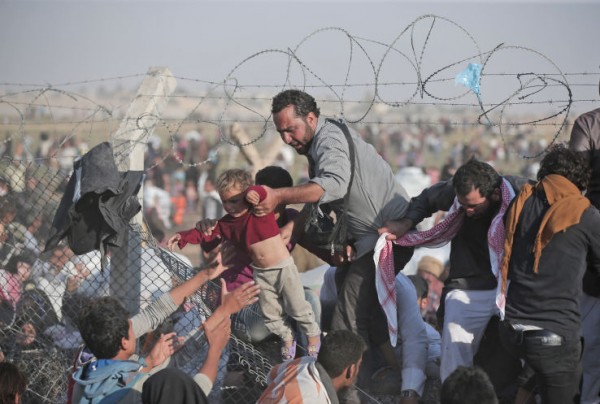 A Turkish charity says about 50,000 people fleeing intense fighting in northern Syria have arrived at a Syrian-Turkish border crossing.

Nergis said Friday that the group is setting up tent camps in Syria near the crossing to provide temporary shelter. The charity runs about 10 camps for displaced Syrians along the frontier.

The border was closed Friday, and it was not clear if any of the refugees would be admitted to Turkey.

Brigadier General Mohsen Ghajarian of the elite Revolutionary Guards was killed in the northern province of Aleppo, according to the Fars news agency, which is close to the Guards.

Iranian officials have said that Iranians have an “obligation” to protect Syrian Shiite shrines.

Several Iranian troops, including high-ranking officers, have been killed in Syria. On Saturday Iran will hold a funeral for Gen. Mohsen Ghajarian, a senior commander killed in recent fighting.