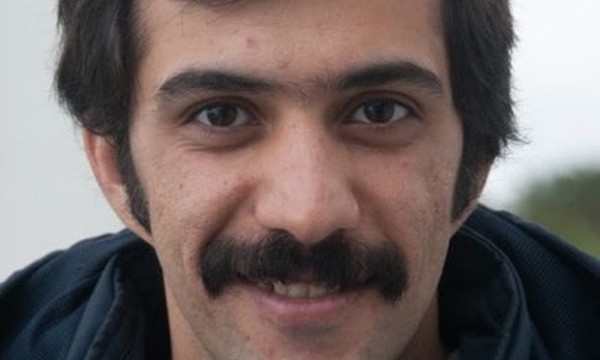 Authorities in Iran have arrested a former BBC journalist on the eve of a visit to London by Mohammad Javad Zarif, the Iranian foreign minister.

Bahman Daroshafaei was taken to jail on Wednesday after facing a series of interrogations, according to sources in Tehran. Daroshafaei is of dual Iranian-British nationality and is a former employee of the BBC’s Persian service, which is loathed by the Iranian establishment.

Zarif is due to participate at a high-profile summit on Syria in London on Thursday, in the first visit to the UK by an Iranian foreign minister in 12 years. It comes after Britain and Iran reopened embassies in their respective capitals last August following the landmark nuclear deal.

Bilateral relations between Iran and the UK reached a nadir in November 2011 when mobs stormed the British embassy in Tehran, ransacking offices and diplomatic residences, which led to London severing all ties and expelling Iranian diplomats.

Relations improved after Hassan Rouhani came to power in 2013 and the British prime minister, David Cameron, during a recent phone conversation with the Iranian president, is believed to have invited Iran to the Supporting Syria and the Region conference. It has been organised by the UK, Germany, Kuwait, Norway and the UN, aimed at finding a way out of the current stalemate over the Syrian crisis.

The awkward timing of the arrest suggests that hardliners, who dominate the judiciary and the intelligence apparatus, may be seeking to undermine Zarif and the moderate faction in control of the government as the Iranian foreign minister visits the UK.

Daroshafaei, who left BBC Persian two years ago to return to Iran to work on children’s literature, was active on social media, particularly on issues relating to human rights, such as the situation of imprisoned journalists and activists. He had worked for the corporation for five years as a staff journalist.

He has recently translated into Persian the book A Bear Called Paddington by the celebrated English author Michael Bond. Daroshafaei has also published a number of other books on philosophical topics. Most of his immediate family members, including his father, mother and two sisters, have also been imprisoned at points in the past decade.

Iranian hardliners think of Britain as “the old fox” – cunning and sly. They have deep suspicion of anything related to Britain and consider BBC Persian a subversive arm of the British intelligence service, MI6, aimed at fomenting regime change in Iran. As a result, journalists at BBC Persian have faced immense pressure in recent years, including not being able to return to Iran.

Iran appears to have an active campaign that involves harassing BBC Persian journalists directly or indirectly by summoning their family members who live in Iran. A number of staff members at the BBC’s Persian service have been victims of false allegations of sexual misconduct, duplicated Facebook accounts, fake blogs and online identity theft designed to discredit them.

Daroshafaei’s arrest comes a few weeks after the release of Jason Rezaian, the Washington Post journalist who was imprisoned in Iran over a year. Rezaian was released as part of a prisoner swap with the US earlier this month on the day the nuclear deal was implemented, which led to the removal of sanctions.

Another British-Iranian, the businessman Kamal Foroughi, 76, remains in jail in Iran after he was imprisoned for more than four years.

It is still not clear whether Daroshafaei’s arrest marks the beginning of a fresh crackdown before the parliamentary elections later this month. Iranian hardliners often tighten the grip at election times. A large number of candidates, especially those allied with the reformists and moderates, have been disqualified.

Iran is among the world’s most prolific jailers of journalists. Rouhani has been largely silent on human rights issues but activists hope that with the nuclear dossier closed, his attention could be focused on the issue. He has also failed to secure the release of opposition leaders under house arrest, Mir Hossein Mousavi and his wife, Zahra Rahnavard, and Mehdi Karroubi.

Zarif did not know

Iranian Foreign Minister Mohammad Javad Zarif said on Thursday he did not know about the case of a former BBC Persian journalist who was reported to have been arrested at his home in Tehran.

“I read about this journalist as I arrived in the UK, so I don’t know about him, what happened. You know we have independent judiciary, which insists on its independence,” Zarif said at an event in the British parliament.