The 5 freed Czechs were abducted with full knowledge of Lebanese security, report 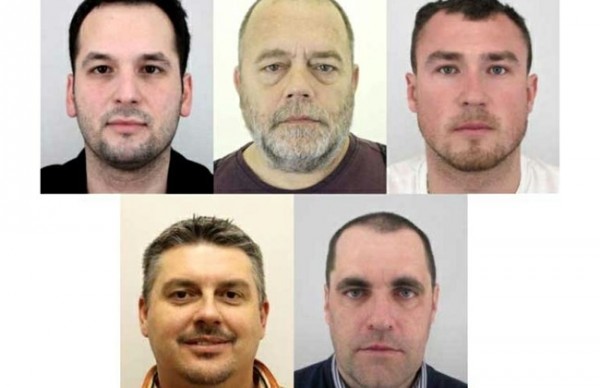 The five Czech citizens that went missing in east Lebanon last summer and released yesterday to the General Security were not actually abducted but were guests at an undisclosed location in Lebanon with full knowledge of Lebanese security officials, according to report by the leading An Nahar daily.

The aim of the theatrical plot was to put pressure on the Czech authorities to release a Hezbollah operative Ali Taan Fayad who was apprehended in the Czech Republic during a t wave of arrests that targeted Hezbollah security cadres in Europe.”

The plane that will pick up the 5 Czechs will have on board Ali Taan Fayad. Hence this was a preplanned swap deal similar to the one that took place in 2013 when 2 Turkish pilots were kidnapped in Lebanon. Fayad will get off the plane in Lebanon according to the report while the Czechs will head home to Prague.

Fayad ( who also holds a Ukrainian Passport was arrested in Prague with 2 of his accomplices Faouzi Jaber and Khaled Marabi ( who also hold Ivory coast passports).

Fayyad and his accomplices had been arrested at the behest of U.S. authorities who are seeking to have them extradited over allegations of arms and drug trafficking. In September last year, a Czech court approved his extradition, along with his two accomplices, but their lawyers filed an appeal , which is to be considered by the High Court in the Czech Republic.

The five went missing along with their Lebanese driver Saeb( Munir) Taan Fayad ( who is the brother of Ali Taan Fayad , and their car was discovered in the Kifraya region in the western part of the Bekaa on July 18, 2015.
The General security chief General Abbas Ibrahim is closely connected with Hezbollah according to media reports.
A list of their names and year of birth was widely circulated in Lebanon last year following their theatrical abduction