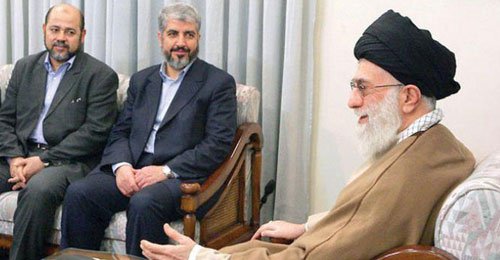 Deputy Chairman of Hamas’ political bureau, Musa Abu Marzouk, accused Iran of lying about financial aid to Hamas, claiming that the Palestinian Islamist movement has not received any Iranian funding since 2009, Asharq al-Awsat reported on Sunday.

In a recording of a private conversation with an unidentified person leaked to the London-based newspaper, Abu Marzouk is heard saying that “the story is not like Iran presents it… The Iranians are masters of diplomatic wordplay. Since 2009, we have not received anything from them and everything they say is a lie, they didn’t contribute anything to us.”

Abu Marzouk added that “whenever the idea of Iranian financial aid to Hamas rose, Iran conditioned it on Hamas working for the improvement of Iran’s relations with Sudan.”

It is not only the lack of financial aid that Abu Marzouk blames Iran for in the recording, but also the lack of military aid. The senior Hamas leader rejected Iranian claims that a number of ships carrying weapons that were intercepted by Israel in recent years were meant for Hamas. “Every ship caught carrying ammunition since 2011 has been, according to the Iranians, directed at us, in Gaza,” he said sarcastically.

Recent reports in Lebanon have revealed a new Hezbollah initiative to mediate between Iran and Hamas. The initiative links Iranian aid to Hamas to the group’s support for Iran’s involvement in Yemen’s civil war. But Abu Marzouk reportedly dismissed the initiative and vehemently attacked Iran on its intervention in the Gulf state.

“The Iranians have ruined the country due to their cunning policy there and the way they treated the people, ” Abu Marzouk was quoted as saying