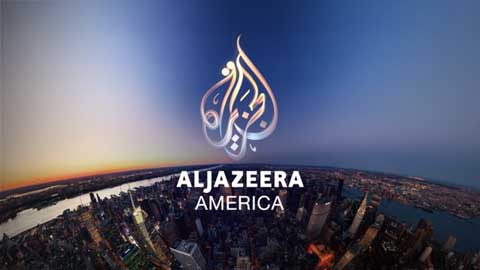 When Qatar announced the closure of Al Jazeera America this month, the decision by its new ruler marked a more cautious approach to public diplomacy by the tiny Gulf state after years of cultivating a high-profile international role.

Departing from a crowded U.S. media market after a foray costing perhaps $2 billion is also consistent with a retreat from confrontation with Gulf Arab neighbours over Qatar’s promotion of Islamists in the 2011 Arab uprisings.

While the gas-exporting nation is still determined to remain a power broker in the Middle East turmoil, its use of Al Jazeera as a megaphone in support of that goal appears to be on the wane under the young emir, Sheikh Tamim bin Hamad al-Thani, former Qatari officials and Arab commentators say.

The days of unstinting Qatari financial support for the trail-blazing channel, whose reporting of the 2011 Arab Spring uprisings won it millions of viewers and brought resentment from Arab governments at its airing of dissident views, appear over, media analysts and commentators say.

Al Jazeera America was launched in 2013, an ambitious bid by Qatar to infiltrate the U.S. media market, but the channel was plagued by low ratings, wavering between 20,000 and 40,000 viewers in prime time.

The channel also struggled to shake off a perception, held by some Americans, that its corporate parent, Al Jazeera, was anti-American and a source of propaganda, a view articulated in 2004 by then-President George W. Bush.

As a result of this, support for the entire Al Jazeera operation, which includes Al Jazeera English and Al Jazeera Arabic, Doha-based but editorially separate entities, is in question, they say.

“The era of throwing money at Jazeera is ending,” said Hafez al-Mirazi, a former Washington bureau chief at Al Jazeera Arabic who directs the Kamal Adham Center for Television and Digital Journalism at Cairo’s American University.

“Al Jazeera fulfilled its mission: making Qatar a household name, influencing politics, at one point it was a powerful tool of foreign policy but all of that is over now,” he said, adding that current low oil prices had given the Qatari leadership an excuse to end “the extravagance of Jazeera which has lost credibility in parts of the Arab world”.

“It no longer represents both sides of the argument in the Arab world,” said Mirazi.

Al Jazeera executives and representatives of the royal family or the Qatari government declined to comment on the future of the channel and its funding for this article.

The channel cheered on Doha’s bank-rolling of the Arab Spring revolts, particularly a mass uprising in Egypt, but now faces aggressive competition in its home region, and suspicion from many governments over air time given to Islamist groups in Syria, Libya and elsewhere.

Al Jazeera’s spectacular growth took place under Sheikh Hamad who, unlike other Gulf Arab leaders, backed Middle East protest movements and played mediator in a host of wars. Expanding into America was conceived under Sheikh Hamad.

Under Sheikh Tamim, Qatar has toned down its foreign policy.

Since taking over in 2013, the Arab world’s youngest head of state has adopted more conciliatory and inward-looking policies, analysts and diplomats say.

“Sheikh Tamim wants Qatar to remain relevant on the world stage, but he wants to do that without squandering money or angering neighbours … he doesn’t want to be sucked into conflicts in the region,” said a former Qatari diplomat, who declined to be named.

Its talk-shows hosted guests who challenged the wisdom of Arab rulers and adopted the role of supporter of the dispossessed. Reporters broke with a widespread taboo of the Arab news media by interviewing Israeli officials.

Funded by Qatar’s royal family, Wadah Khanfar, a Palestinian journalist who was director general of the network between 2006-2011, helped turn the Arab satellite channel into a world network with millions of viewers and more than 20 channels broadcasting in languages including Arabic, English and Swahili.

“The more successful Al Jazeera became, the higher the stakes became,” said William Youmans, a professor at the School of Media and Public Affairs at George Washington University.

“Qatar started paying a political price for the channel. Its popularity incurred new pressures and costs.”

In the last decade Al Jazeera’s bureaux have been bombed, raided, and shuttered and its reporters imprisoned and killed.

Critics of Al Jazeera accused the network of aggressively covering unrest in Syria and Libya, while skirting over protests in Bahrain, Qatar’s small neighbour in the Arab Gulf, which Qatar’s ruling elite has an interest in seeing remain stable.

In 2014, Al Jazeera said it provided objective coverage of all opposition groups. Mostefa Souag, the network’s acting director general, told Reuters that the channel is under pressure from authorities in several places because “it is the most transparent, balanced and unbiased of all Arab channels”.

The channel now faces stiff competition from media outlets that have emulated its assertive style of news reporting including U.S-funded Al Hurra, Sky News Arabia and Al Arabiya, a rival Saudi-owned channel, which reflects the more conservative view of Qatar’s neighbours now in the ascendant in the region.

Qatar is trying its hand at media diversification.

Last year the Gulf state opened a London-based news channel, Al Araby Al-Jadeed, with links to Azmi Bishara, a Palestinian who advises Sheikh Tamim and runs a think-tank in Qatar.

Some at the channel suspect that Qatar’s commitment to Al Jazeera, along with its influence, may be waning.

According to two employees at Al Jazeera Arabic and a senior journalist at Al Jazeera English, plans to cut staff scheduled for September 2015 are expected to happen over the summer.

“We were told three months ago that we were going to face significant cuts, but there was some kind of intervention from the top that stopped them happening,” said the Al Jazeera English journalist.

“I think we will see cuts though. Al Jazeera America was a huge drain on resources and honestly we don’t even know what commitment there is anymore (to other parts of Al Jazeera).”

“There is this feeling that Jazeera has done what it was supposed to do.”