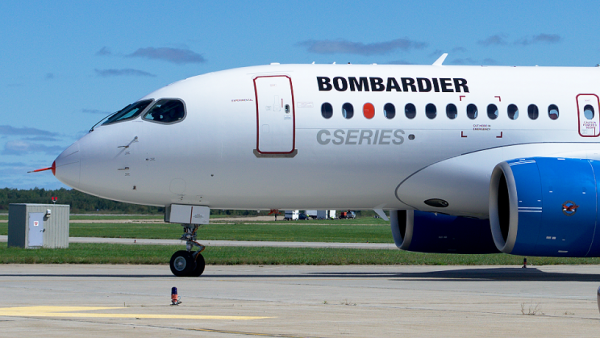 Canada confirmed for the first time on Tuesday that it plans to lift its sanctions on Tehran and said that if Airbus is allowed to sell to Iran, then its aircraft maker Bombardier Inc should be allowed to export there as well.

“If Airbus is able to do it, why (will) Bombardier not be able to do it? In which way (is it) helping Canada, or the Iranian people, or Israel, or anyone, that Canada is hurting its own industry?” Foreign Affairs Minister Stéphane Dion said in an exchange with reporters.

Asked specifically if Bombardier would be allowed to do business with Iran as soon as sanctions are lifted, Dion said: “Legitimate business, certainly.”

Iran announced plans at the weekend to buy more than 160 European planes, mainly from Airbus, and Dion said reluctance to lift sanctions on the part of Canada’s Conservative opposition had helped Airbus and not Bombardier.

The United States, the European Union and other major nations have already lifted some of their own punitive measures.

“Canada will lift its sanctions but what Canada will maintain is our suspicion of a regime … that must not return to (trying to obtain) nuclear weapons,” Dion told the House of Commons moments before meeting journalists.

Dion also said Iran had a poor human rights record and was not a friend of Canadian allies such as Israel.

Dion said any lifting of sanctions would be done carefully in conjunction with allies, seeking to ensure nuclear and other military activity is prevented.

“We’re monitoring it very closely,” she said. “Nothing official has been communicated to us.”

She said sanctions had not prevented Bombardier from speaking with Iran about its aviation needs: “It doesn’t preclude us from engaging in strategic discussions, which we are doing.”

Montreal has the third-largest aerospace hub in terms of employment, following Toulouse and Seattle.

Suzanne Benoit, president of Aero Montreal, which represents the aerospace sector there, said it would be excellent news for the industry if the embargo is lifted.

“Right now we are not in a fair competition with Airbus because Airbus can sell to Iran.”

Iran is looking to upgrade its aging fleet partly with aircraft with the same range and seats as Bombardier’s 100- to 150-seat CSeries.