Taliban want to be removed from U.N. blacklist before peace talks 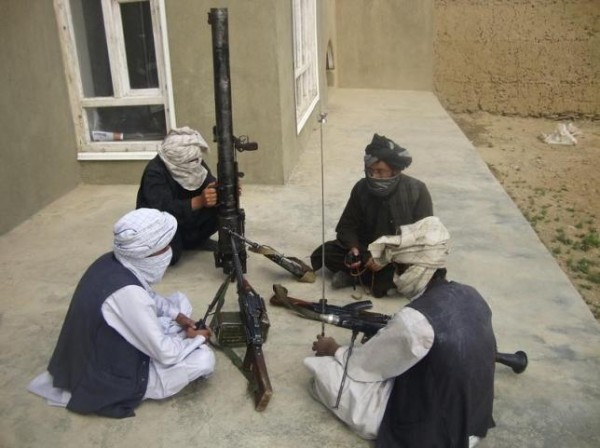 Taliban fighters pose with weapons as they sit in their compound at an undisclosed location in southern Afghanistan in this May 5, 2011 file picture. REUTERS/Stringer
Share:

Afghanistan’s Taliban want to be removed from a U.N. blacklist before considering rejoining peace talks aimed at ending a 15-year civil war, a senior member said, as its political wing met activists at an unofficial forum in Qatar.

After months of worsening fighting, with the province of Helmand slipping out of government control and frequent suicide bombings in the capital, Afghanistan and its neighbours are trying to get troubled negotiations back on track.

Prospects of the Taliban, an increasingly strong presence on the battlefield since the withdrawal of most international troops in 2014, joining any talks had appeared slim.

But a Taliban member told Reuters that the group could participate if the U.N. Security Council canceled a resolution freezing assets and limiting travel of senior figures.

“We conveyed them to first remove us from the ‎blacklist of the United Nations and allow us to freely travel around the world and then we can think about holding peace talks,” said the Taliban member, speaking on condition of anonymity.

Pakistan hosted the first formal talks between the Taliban and the Afghan government in July 2015 but a second round was canceled after it emerged that Taliban leader Mullah Mohammad Mullah, who sanctioned the talks, had been dead for two years.

Relations between Afghanistan and Pakistan have since deteriorated amid an upswing in fighting between the Taliban and Afghan forces.

On Saturday morning, activists, former Afghan officials and Taliban representatives arrived at a hotel in downtown Doha for a two-day meeting on resolving the war organized by Pugwash Conferences on Science and World Affairs, a Nobel peace prize-winning crisis group.

“The meeting is providing us an opportunity to express our views about the future of Afghanistan,” said Zabihullah Mujahid, spokesman for the Taliban which is itself riven by factional infighting.

The Afghan government did not send any serving officials but an adviser to the president, Malalai Shinwari, and the country’s former interior minister, Umer Daudzai, were present.

Anwar Ahady, a former minister of finance taking part in the Doha talks, said the Taliban had not yet shown any willingness to engage in direct talks.

“So far they have not proposed any concrete ideas about how to move forward. Hopefully by tomorrow we will know if they want peace and if so what their conditions are,” Ahady told Reuters.

Even if the Taliban were to join the peace talks, those present would only represent part of the Islamist militant movement fighting to topple the government in Kabul and restore strict Islamic rule in place before it was ousted in 2001.

Leadership divisions could also impede progress, with some militant factions, such as a splinter group led by Mullah Mohammad Rasool Akhund, refusing to take part.

Members of the Taliban have lived in Qatar for years and briefly opened a political office there in 2013.

In 2010 Afghanistan said the United Nations had agreed to remove some Taliban members who renounced ties to al Qaeda from the U.N. blacklist on a “gradual” basis to try and help Afghan efforts to engage some insurgents in talks.