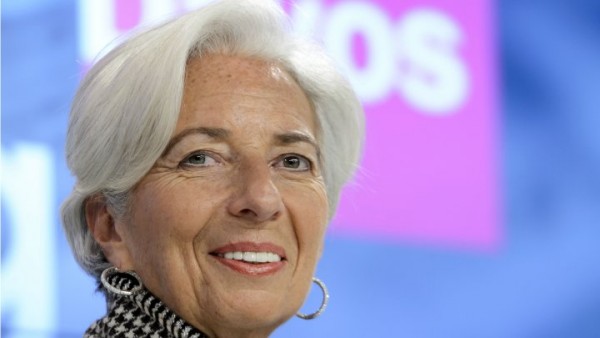 Christine Lagarde launched her campaign for a second term as managing director of the International Monetary Fund on Friday with ringing endorsements from a host of major economies that looked past a court case against her in her native France.

The former French finance minister who trained as a lawyer has no obvious challengers and has long been open to serving another five-year term. Britain and France backed her publicly on Thursday. Others, including Germany, joined in after her announcement.

“I am candidate for a new mandate. I was honoured to receive from the start of the process the backing of France, Britain, Germany, China, Korea,” Lagarde, 60, told France 2 television in an interview from the World Economic Forum in Davos.

U.S. Treasury Secretary Jack Lew stopped short of a formal endorsement, but appeared to suggest Washington wanted her to stay in the role.

“I have a very close working relationship with Christine Lagarde,” Lew said. “I have the highest regard for her. I think she’s done a great job. I look forward to continuing working with her.”

The early endorsements from such powerful economies may act as a disincentive for others to apply and mute any talk of her legal difficulties disqualifying her.

Lagarde has been dogged off-and-on since her initial appointment in 2011 for her role in a long-running business scandal while she was France’s finance minister.

Last month, a French judge ordered her to face trial for negligence in a special ministerial court over the 2008 payout of some 400 million euros ($430 million) to businessman Bernard Tapie.

Tapie himself was ordered last year to repay the money, which he received as state compensation for a business transaction in which he later claimed he had been defrauded.

Lagarde has said she will appeal the judge’s order and repeated on Friday that she had acted within the law.

Aside for the legal problems, her candidacy is likely to raise questions among some emerging countries about whether a European should still lead the Washington-based institution.

Although there is no formal requirement that the leader of the IMF come from Europe, it has been the practice ever since the institution was set up after World War Two, while the World Bank has always been led by an American.

French candidates in particular have held the post for almost 40 of the last 70 years. Lagarde’s predecessor, Dominique Strauss-Khan, was forced to resign over a sex scandal in 2011.

The IMF’s first deputy managing director David Lipton told the BBC last year that the next appointment could come from a non-European country and would be “strictly merit-based”.

But Lagarde was praised for winning U.S. Congress approval of a landmark reform program that shifted more voting power to China and other key emerging market countries and has generally been considered a skillful, charming negotiator.

Some emerging countries were quick to offer their support.

“I think she has done well in restoring confidence in the leadership after the scandal that plagued the institution,” Philippines finance minister Cesar Purisima told Reuters.

“She is also quite vocal in talking about issues that face the world – vocal but not threatening, which is a very good way to engage countries.”

During her tenure, Lagarde also had to deal with the most acute bout of the euro zone debt crisis in tandem with German Chancellor Angela Merkel, head of the currency bloc’s biggest economy.

“I think she has been a very substantial force in avoiding big, big, big damages during the euro crisis,” Andrea Illy, CEO of Italian coffee company Illycaffe told Reuters. “The two women, Lagarde and Merkel, they did a good job together.”

Dutch finance minister and head of euro zone finance ministers Jeroen Dijsselbloem seemed to sum up the mood in Europe: “Great. Let’s get that done,” he told Reuters TV.

A synchronised swimmer in her youth, Lagarde, the first woman to hold the IMF post, once said in an interview it was that sport which taught her the maxim “grit your teeth and smile” in the man’s world she moves in.

She joined the international law firm Baker & McKenzie in Paris aged 25 after completing a master’s degree in English and labour law, and quickly rose to the top of the Chicago-based firm before entering politics.

As finance minister under former President Nicolas Sarkozy, she attracted criticism early in her tenure by suggesting that the French had become work-shy and that navel-gazing hindered reform.

Born in Paris and raised in the northern port city of Le Havre, Lagarde is a vocal proponent of women as senior executives, once noting dryly that if Lehman Brothers had been Lehman Sisters, it might have survived.

Lagarde’s first term ends on July 4 and the IMF has said it wants to wrap up the selection process by March 3.