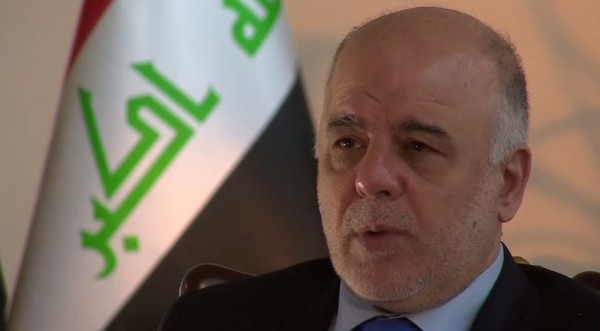 Asked by a pool reporter at the start of a meeting with U.S. Secretary of State John Kerry in Davos if he thought there was an Iranian link to their disappearance, Abadi said:

“I don’t know about that. I doubt it very much. We don’t know if they have been kidnapped … They just went missing.”

Iraqi intelligence and U.S. government sources said on Tuesday the three U.S. citizens were kidnapped and were being held by an Iranian-backed Shi’ite militia.

Unknown gunmen seized the three on Friday from a private residence in the southeastern Dora district of Baghdad, Iraqi officials say. They are the first Americans to be abducted in Iraq since the withdrawal of U.S. troops in 2011.

The U.S. sources said Washington had no reason to believe Tehran was involved in the kidnapping and did not believe the trio were being held in Iran, which borders Iraq.

Some analysts believe the kidnappings were meant to embarrass and weaken Abadi, who is trying to balance Iraq’s relations with rival powers Iran and the United States.

“The militias are resentful of the success of the army in Ramadi which was achieved with the support of the U.S.-led coalition and without their involvement,” Baghdad-based analyst Hisham al-Hashemi, who advises the government, said .

Shi’ite militias were kept out of the battle against Islamic State in Ramadi for fear of aggravating sectarian tensions among the Sunni population in the western city.

Baghdad touted the military’s advance there last month, with backing from coalition airstrikes, as evidence of a resurgent army after it collapsed in 2014.

Hostility between Tehran and Washington has eased with the lifting of crippling economic sanctions against Iran in return for compliance with a deal to curb its nuclear ambitions and a prisoner swap.

The three men are employed by a small company that is doing work for General Dynamics Corp GD.N, under a larger contract with the U.S. Army, according to a source familiar with the matter.

On Sunday, the U.S. State Department said it was working with Iraqi authorities to locate the three, without confirming they had been kidnapped. On Tuesday, U.S. State Department spokesman John Kirby said “the picture is becoming a little bit more clear in terms of what might have happened,” but provided no details.