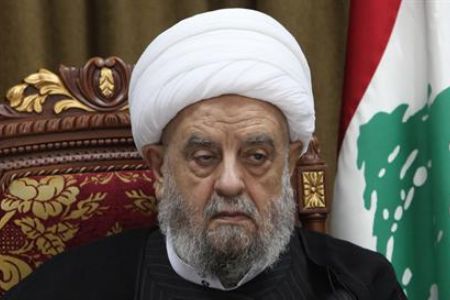 Lebanon’s Supreme Islamic Shi’ite Council condemned the execution of a prominent Shi’ite cleric in Saudi Arabia on Saturday, saying it was a “grave mistake”.

“The execution of Sheikh Nimr was an execution of reason, moderation and dialogue,” the council’s Vice President Sheikh Abdel Amir Qabalan said in a statement.

Saudi Arabia executed Sheikh Nimr al-Nimr and 46 other people. Most of those executed were convicted of leading or carrying out a series of al Qaeda attacks in Saudi Arabia after 2003, but they also included some members of the Shi’ite minority convicted of attacks on police during protests from 2011-13.

During a meeting With the Iranian  ambassador to Lebanon last Thursday the Shiite cleric praised Iran calling it the main pillar of the Muslim nation.

“Iran, as the main pillar of the Muslim Ummah, has stood firmly against the enemies of Islam in a bid to help the victory of Islam,” He was quoted by Iranian ABNA news agency as saying.

He called Iran  the hub of Muslim World.

“We pray to God to help Iran to remain as a shelter for the impoverished nations of the world.” He said