ISIS has also rules for raping and enslaving women ! 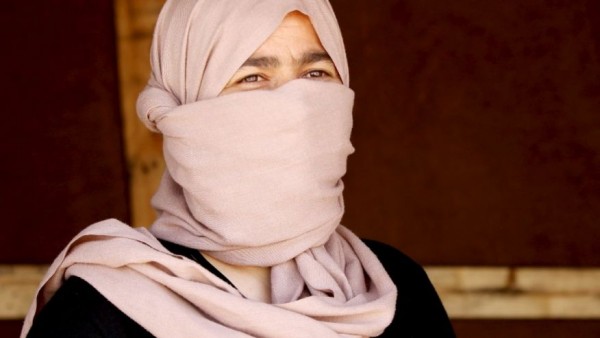 July 4, 2015: A Yazidi woman who escaped ISIS captivity. (Reuters)
Share:
A list of sex slave rape rules has been issued by so-called Islamic State theologians setting out how IS fighters can treat their captives for the first time.

The fatwa sets out in distressing detail when the “owners” of women slaves can have sex with them and when it is forbidden.

The rules have been issued in an attempt to clamp down on “violations” of the treatment of captured women which are “not permitted by Sharia law”, according to the document.

Fatwa 64, which effectively justifies the systematic rape of women and girls, says it is necessary to set out rules because “one of the inevitable consequences of the jihad of establishment is that women and children of infidels will become captives of Muslims”.

They also state that owners should not cause the captive women to abort if they are pregnant, should not sell her to an owner they know will treat her badly and should treat her with “compassion”.

The fatwa was discovered among a cache of documents discovered during the raid of a top Islamic State official by US special forces in May.

The news agency Reuters has reviewed the document but its authenticity has not been independently confirmed.

So-called Islamic State fighters have captured and raped thousands of women and girls as young as 12, particularly from the Yazidi minority in the north of Iraq.

In order to deal with the women captured by fighters, IS has established a department of “war spoils” to manage slavery.

For a report released in April, Human Rights Watch spoke to 20 women who had escaped the clutches of IS fighters.

They told how girls and women were separated from the men and then sold or given as gifts and repeatedly raped.

Professor Abdel Fattah Alawari, dean of Islamic Theology at Al-Azhar University in Egypt, said Islamic State “has nothing to do with Islam” and was deliberately misreading centuries-old verses to justify slavery.
FOX