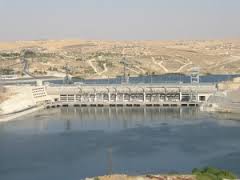 A U.S-backed alliance of Syrian Kurds and Arab rebel groups, backed by U.S. coalition planes, captured a dam on Saturday from Islamic State, cutting a main supply route of the militants across the Euphrates, an alliance spokesman said.

Colonel Talal Selo said the seizure of the dam helps isolate the militants’ strongholds in northern Aleppo from their territories east of the Euphrates river, where Raqqa city, their de facto capital, is located.

Selo said the rapid advance overnight by thousands of troops from the Democratic Forces of Syria had brought the dam, 22 km (15 miles) upstream from Raqqa, under their control on Saturday afternoon.

Since the U.S.-backed alliance was formed last October, its fighters have opened several major offensives against Islamic State with the ultimate goal of capturing Raqqa.

Selo said the intensive aerial bombing by a U.S.-led coalition was instrumental in rapid advances since the campaign started four days ago.

“The coalition jets participated in the previous campaigns and this one and future ones too. We have a strategic partnership in which they provide the air cover and we provide the troops,” he told Reuters.